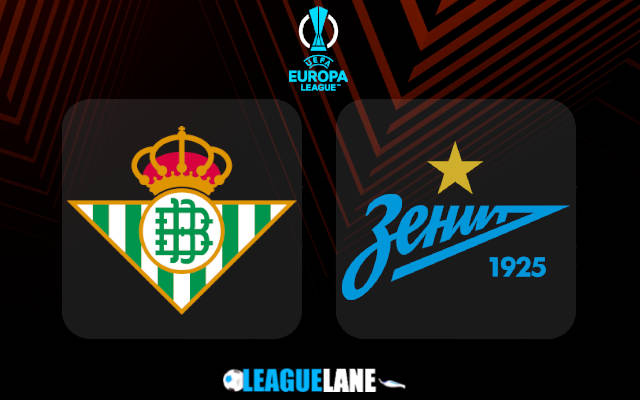 Real Betis picked up a big victory on the road last week when they dispatched Zenit 2-3 in a five-goal thriller on Russian soil.

We’ve seen an amazing first half packed with all five goals at Gazprom Arena seven days ago. However, the entire match did not offer too many chances and happenings, as odd as it sounds for a five-goal thriller.

Five goals were scored from six shots on target combined by both teams on the occasion. However, drama should be guaranteed in the reverse fixture in Sevilla since Zenit have nothing to lose on Thursday at Estadio Benito Villamarin.

Zenit have shown poor performances on the road in the group stage of UEFA Champions League this season.

They took only one point from three away outings against Chelsea, Juventus, and Malmo FF, conceding six goals in the process.

This will be the music to the ears of Willian Jose, Borja Iglesias, and company who should have plenty of room to deliver up front once again after putting three goals past the Russian outfit last time out.

Also, Real Betis are in a great competitive rhythm at the moment. They won eight of the last nine games across competitions.

Manuel Pellegrini’s men sit sky-high third in La Liga standings, they are on the best way to reach the Copa del Rey final after beating Rayo Vallecano 1-2 on the road in the first semifinal leg, and they are very close to making it to the last 16 round of UEFA Europa League as well.

On the other side, Zenit are still on the winter break as they will return to action in the Russian Premier League only on Monday with the home game against Rubin Kazan.

Betis won eight of the last nine games across competitions, while Zenit have played only one competitive game since mid-December last year.

We expect the hosts to control the game and advance with another victory over the Russian rivals. You can back Real Betis to win at the 1.95 odds.