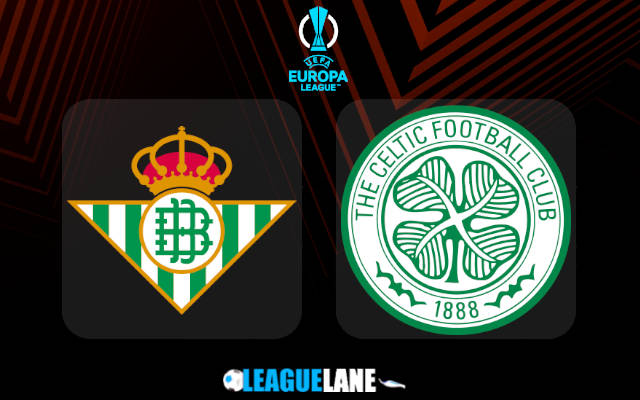 Spanish side, Real Betis welcome Celtic at the Benito Villamarín as these two sides look to get their Europa League campaign off to a good start.

In La Liga, the hosts currently sit in 9th position in the table with 5 points on the board after 4 league games played as they have drawn twice, lost once and won once.

The hosts come into this fixture on the back of a 2-1 win over Granada in La Liga as Los Verdiblancos sealed all 3 points after Rodri scored a goal at stoppage time in the first half and Sergio Canales scored an 89th minute winner for Real Betis. That game saw Betis have 57% of ball possession as they had 19 shots at goal with 9 on target.

On the other hand, Celtic currently sit in 5th position in the table with 9 points on board after 5 league games as they are 3 points short of being table toppers.

The visitors come into this fixture on the back of a Scottish Premiership 3-0 victory over Ross County. That game saw defender, Cameron Carter-Vickers score a goal in the 64th minute of the game which was followed by 2 goals from their striker, Albian Ajeti who scored in the 70th and 85th minute of the game respectively.

Celtic will be looking to find pockets of open spaces as they hope to capitalise on an opportunity against Betis in front of goal.

Both these sides will have a positive approach to go into this game as they will be looking to get off on a bright start. As a result, both these teams will get on the scoresheet as we back the odds at 1.80.

Celtic will be much more defensive in this game as they look for a victory. This should see them cutting out Betis from penetrating through their defences.

Joe Hart’s good form in goal will be put to the test as he will keep Betis at bay for a longer period of time. Hence, we back the odds at 2.00 for goals under 2.5 in this game.