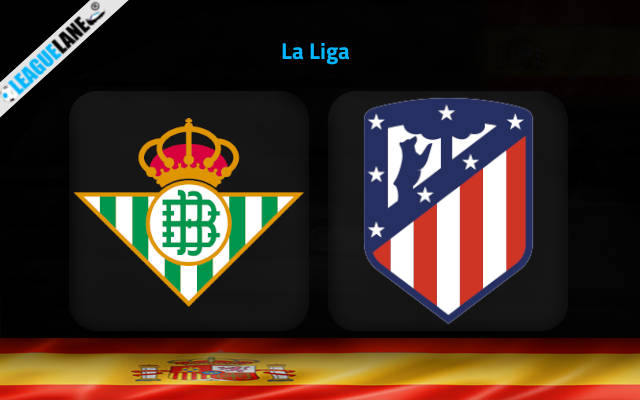 Real Betis and Atletico Madrid are lock on 20 points after 10 rounds of the 2022/23 La Liga campaign and ahead of their head to head clash at Estadio Benito Villamarin.

Both outfits have been miles away from their best form offensively in the most recent games.

Los Beticos failed to break down Cadiz on Wednesday, playing only a goalless draw on the road in mid-week.

It was the team’s third stalemate in the previous four outings in all competitions, the second that offered no goals in the process.

Betis have generally relied on their stern defense so far in the season since they allowed only six goals in the opening ten matches.

They are now up against the synonymous for defense, Diego Simeone’s Atletico Madrid. Only one of the previous six games Atleti played provided three or more goals, meaning we have plenty of reasons to expect a low-scoring scenario on Sunday in Seville.

Atletico Madrid picked up a big win last weekend at Athletic Bilbao (0-1) but failed to back it up in mid-week, playing only a disappointing 1-1 draw at home to Rayo Vallecano on Tuesday evening.

Diego Simeone’s men conceded a late stoppage-time equalizer on the occasion but we must say that they did not quite deserve all three points based on what we’ve seen at Estadio Cibitas Metropolitano.

The Under 2.5 goals FT has to be the way to go in this game. Betis allowed six, while Atletico shipped eight goals in the opening ten rounds of the season.

Considering how important this affair is for both managers, we would not be surprised to witness a goalless draw on Sunday. This scenario is priced up at the 8.50 odds.