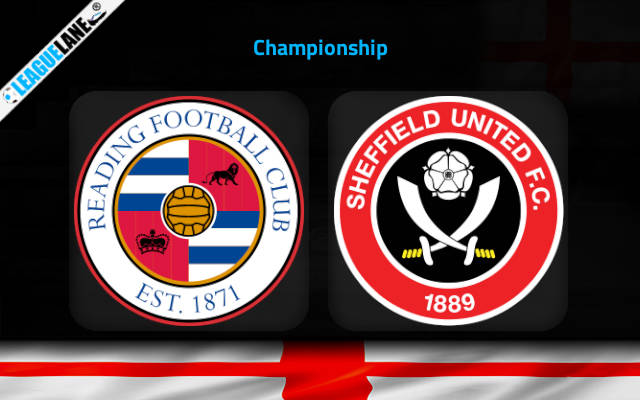 Sheffield United finished in the top half of the Premier League 2019/20 season. They have had a significant fall from grace as they were relegated after they finished rock bottom in the top flight last season, they are now just 5 points clear of the relegation zone in the Championship.

Reading in their most recent game, came back from a goal deficit to manage a 1-1- draw against Nottingham Forest at home. The result puts them 17th in the table with 17 points to their tally from 7 wins and 2 draws as they were deducted 6 points.

The Blades on the other hand despite getting a few convincing wins under their belts this season have not looked the part despite playing in a lower division this season. Losing 8 of their 18 league matches this season they are 17th in the league with 20 points.

The hosts have avoided a loss in 2 of their last 7 league games, while the visitors have won just twice in their league games while travelling. Considering the run of games Reading are unlikely to lose at home.

John Swift who is the 6th highest goal scorer in the league has carried his team scoring 35% of the goals. His goal record is impressive considering the team’s position, expect him to get on the scoresheet at least once. Also, watch out for Andy Carroll who is expected to make his first start for his new team.