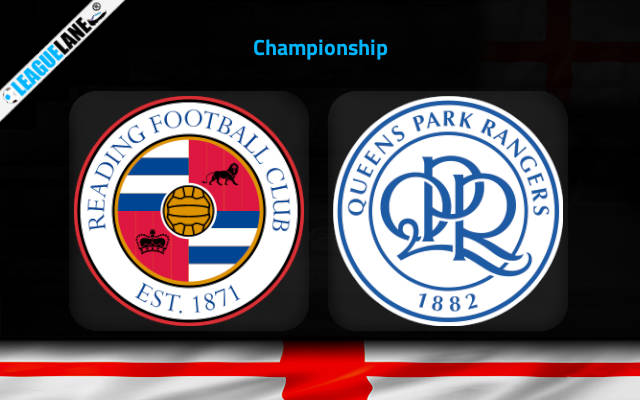 Reading vs QPR Predictions and Free Tips from our expert tipsters when the teams go head-to-head in the England Championship on Saturday, 14 January 2023.

Reading have a perfect winning record at home in league games after the break, and they will be determined to keep the streak alive. It also motivates them that they need a surplus of just three points to break into the top-six of the table.

Meanwhile, not only are QPR on a four-fixture winless run, but they have a single win to their name since the final week of October in any competition.

Goals have come in plenty whenever these two teams locked horns in recent years. In fact, the last three matches on the trot had three or more goals, while three of the past four had goals from either side of the pitch.

Going on, Reading have been the better team at this venue in h2h meetings over the last five years. In fact, they lost just once at this ground since 2017.

Who will win the match between Reading and QPR?

If recent form is any consideration, Reading are the favorites to secure the win. They are on a winning streak at home, while their counterparts won just once on the road since the first week of October.

On top of that, the hosts also have a dominant h2h record against this foe at this stadium since 2017.

QPR just lost their FA Cup fixture, and that too against a team from the lower divisions. They also let in two goals in the process. They failed to keep a clean sheet in their last three games.

The in-form Reading will be eager to make use of this opportunity. After all, they scored two or more goals in their past two appearances at home. Likely, chances are high for this fixture to turn into a high-scoring affair.

Reading might be the favorites for the day. But do note that they have a single clean sheet to their name in their last eight league fixtures. Moreover, QPR even scored two or more goals in the last three h2h clashes in a row.

As things stand, goals are expected from either side of the pitch.

Reading are on a three-game winning streak, and also have a superior h2h record in the last five years. Meanwhile, QPR are inconsistent, and particularly on the road they have been a mess since October.

Coming to goals, QPR have consistently scored against this rival in h2h encounters. And at the same time, the backline of Reading are not performing at a high level as well. It is a doubt if they would be able to keep a clean sheet.

For the reasons, the Both Teams to Score wager at an odd of 1.85 is a great tip.