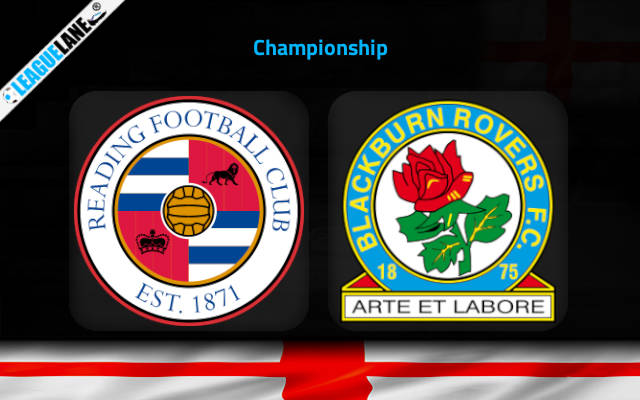 Blackburn were one of the better performing teams in the Championship the last season and they were contenders to secure an entry into the playoffs till the very last match day. Meanwhile Reading should consider themselves lucky for not having been relegated to the League One at the end of the campaign.

They were placed 21st in a table of 24 and all along they had remained winless in 33 games. It is also concerning that they had let in the most number of goals of all the teams in the competition.

Going on, it appears that they have no intention of improving their form anytime soon. Even in this new campaign they have been losing games left and right and they have also been letting in goals in huge numbers.

Meanwhile Blackburn had finished 9th in the table the last season and they had missed out on the playoffs by a margin of just 6 points.

It also deserves to be mentioned that they have been on a 100 percentage winning streak so far this season in the Championship and they are also one of the only 2 teams to have kept clean sheets in 100 percentage of their games so far this time around.

By the looks of things, it is expected that we are about to witness a victory for Blackburn this Wednesday away from home.

Reading lost 4-0 on the road the last match-day against Rotherham and they had also lost 4 of their past 5 overall fixtures. Do note that they had let in 2 or more goals in 3 of these games as well.

Note that they are also winless in 7 of the past 10 appearances in front of their home crowd and they had let in 2 or more goals in 5 of their last 9 home games as well.

On the other hand, Blackburn are on a 5-game winning streak and they had a combined scorecard of 10-0 in the process. They are also on an 8-game unbeaten run and they had remained so in 8 of their previous 9 road trips.

Considering these observations, expect a winning performance from Blackburn this Wednesday.

Tips for Reading vs Blackburn