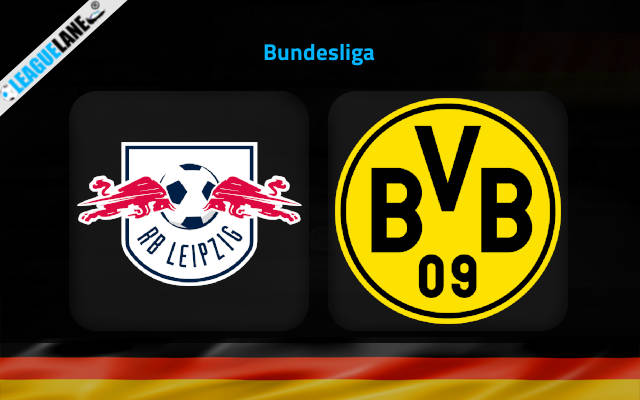 Both RB Leipzig and Borussia Dortmund have been one of the top performing teams in the German top flight for the past several years and especially so during the previous year. These two will lock horns in an exciting Bundesliga fixture on Saturday at Red Bull Arena.

Borussia Dortmund had registered a second place finish the last season in Bundesliga and as a result they had qualified for the Champions League clash this season.

The Black and Yellows have been delivering impressive performances lately. They won four and lost one of their five completed Bundseliga fixtures this season. As of now, they have scored double the number goals leaked by their defensive line.

Meanwhile, RB Leipzig had finished fourth in the German topflight last season. They takes part in the Champions League this season and they really did earn their place in the tournament.

Despite of their impressive previous season display, Red Bulls have not been able to recreate it this time so far. They have won just once this campaign so far.

Red Bulls are struggling badly to seal a three pointer since the beginning of the season. They were expected to had a better display this time.

Leipzig are on a 2-game unbeaten streak at home disregarding their winless form this season. Most importantly, the team scored a total of four goals in the process.

On the other hand, Dortmund are on a 7-game winning streak on the road at the moment. They had also scored a total of four goals in the past two road trips.

We expect a goal-fest at Red Bull Arena on Saturday Considering these observations.