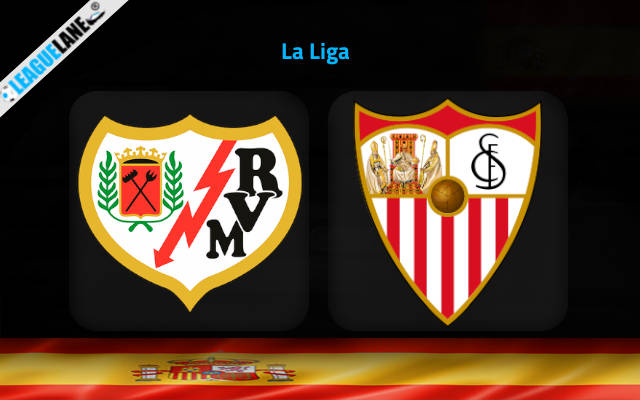 As of now, Vallecano could be termed as the absolute worst team in the Spanish top flight. They are on a long losing streak, and are conceding goals in huge numbers.

They are now placed 13th in a table of 20, and if they keep up this charade for quite some time more, there’s no doubt that they would be part of the relegation battle.

And their worries seem to have no end anytime soon. Reason being – they are pitted against the second-placed Sevilla this Sunday.

This team is placed just below toppers Real Madrid, and seem to be the only squad capable of giving any kind of competition to the Los Blancos.

Moreover, they also have a superb h2h record against Vallecano, and judging all these observations, expect a win for Sevilla this Sunday at the Campo de Futbol de Vallecas.

Vallecano lost 2-0 on the road the last match-day, against Cadiz. They had also lost six of their past seven overall fixtures, and they have won just once at home in the past three-month period.

On the other hand, Sevilla registered a 0-0 draw on the road the past game week, against Alaves. They were also unbeaten in 15 of their past 17 overall fixtures, and they have lost just one league match-up in the past five-month period. This defeat had come against Real Madrid.

Judging these observations, expect a win for Sevilla this Sunday.

Tips for Rayo Vallecano vs Sevilla