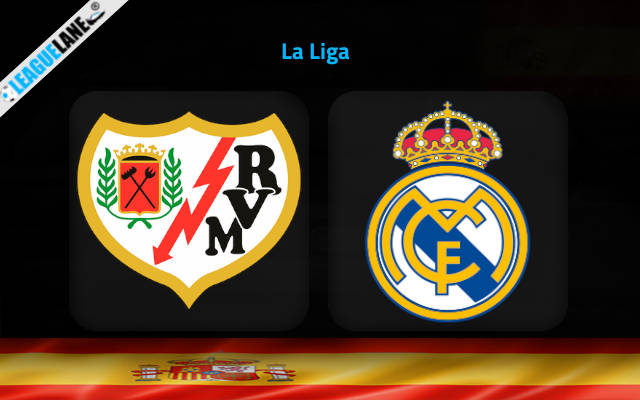 Defending champions Real Madrid are in possession of the top-most spot as of now, but they need to be wary of the threat posed by the determined Barcelona. The Los Blancos have an unbeaten record so far in the competition, and they will be determined to extend that run this Monday, against the inconsistent Vallecano.

Rayo are placed ninth in the table at the moment, and so far they were able to register just five wins in total. And it is quite worrying that four of these wins came against teams currently placed 15th or below in the table.

All along they conceded goals in plenty, and to make matters worse for them their offense failed to show up in crunch situations as well.

Meanwhile, Carlo Ancelotti’s men remain the only team in the competition with an unbeaten record. In fact, barring two draws, this becomes a perfect winning record. And they also scored the most number of goals of all the teams in the Spanish top flight.

Moreover, they have the confidence of being reigning European as well as Spanish champions, and they are determined to repeat this feat. Their only real rival in the La Liga is Barcelona, and it appears that the Catalans are not going through a good period at the moment.

The Royal Whites need to capitalize on this advantage. They will try to derive confidence from the fact that they have a dominant h2h record against this rival over the years. Expect a win for Real Madrid this weekend.

Since April, Vallecano won just against five teams – and four of these are placed in the bottom-most tier of the table at the moment. In fact, their last three wins came against the three teams that are currently placed in the relegation zone.

On the other hand, the Los Blancos continue their dominance in Europe. They just recorded a 5-1 win in their last group-stage game in the Champions League, and they also have been in great form right from the start of the season.

Surely expect a convincing win for Real Madrid this weekend.