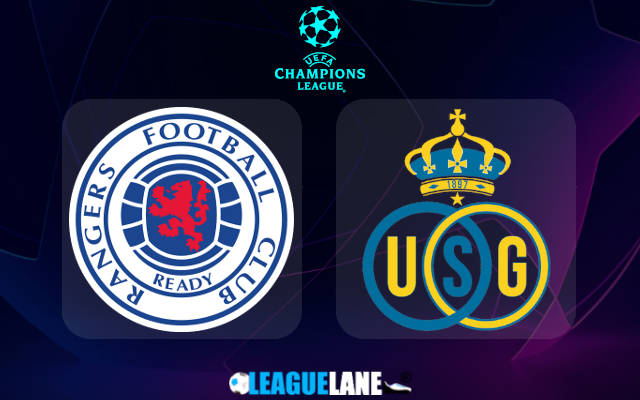 Rangers lost the UEFA Europa League final on penalties to Eintracht Frankfurt in May. Three months later, they are in big danger of suffering elimination in the third qualifying round for the UEFA Champions League.

Giovanni van Bronckhorst’s men fell 2-0 away at Union St. Gilloise in the first leg of their qualifying tie.

They were completely outplayed on the pitch against a very strong rival seven days ago. Rangers will have to pull out almost impeccable display in this return fixture if they want to advance through to the playoffs.

Union St. Gilloise have thus marked the return to European football in some fashion, showing strength, quality, and composure throughout the whole 90 minutes of the last week’s clash.

The last time they played in a European competition was back in the 1964/65 season when they fell to Juventus in the opening round of the Inter-Cities Fairs Cup.

Union St. Gilloise only returned to the elite class of Belgian football last season when they immediately finished as runners-up, pushing Club Brugge all the way in the battle for the title.

The Belgians lost their top scorer from last season as Deniz Undav signed for Brighton this summer, but they still have plenty of quality across the squad and will represent a very tough challenge for the Gers here, especially after the result from the first leg.

Rangers are not looking good at all at the beginning of the season. They barely went past Livingston on the opening day of the new Premiership campaign and we can easily see them struggling to get things going here against a strong Union St. Gilloise team.