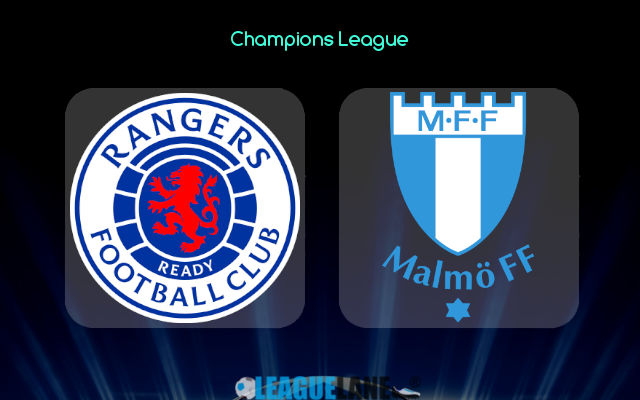 Rangers hopes of Champions League qualification at the expense of Malmo hang by a thread and they have a job to do at Ibrox Stadium.

A late goal in the injury time from veteran Steven Davis helped Gers reduce the margin of loss after Malmo’s double strike inside 3 minutes at the start of second half.

Thus, the second leg is well balanced especially when the equation to qualify is straight for the team managed by Liverpool legend Steven Gerrard. And that is by winning this tie, thanks for striking off away goal rule and making Champions League football more entertaining this season.

However, Malmo cannot be underestimated. This is a team that played plenty of competitive football in their domestic league and steered through two rounds in the qualifier.

Malmo are unbeaten in the qualifiers with 3 wins and 2 draws with all wins coming at their home by exact 1-goal margin and the away games ending as scored draws.

Interestingly Malmo haven’t lost a Champions League qualification fixture since 2017. This is a 11-match unbeaten run and most of the ties they lost are on the back of away goal-rule, which cannot happen this time.

Also, it will be worth noting that the Swedish giants haven’t lost a Champions league knockout fixture after winning the first leg since 2017.

Statistics and history heavily favour Malmo after the 2-1 win at home in the first leg. Can the Gers regroup and put an end to this?

There have been three competitive head-to-head meetings between Rangers and Malmo and the Swedes are unbeaten with 2 wins and 1 draw.

The previous duel happened in the Champions League 2011/12 qualifier, one season after Rangers’ last group stage appearance in 2010. Malmo started with a 1-0 win at Glasgow before bagging a 1-1 draw at their home turf.

As we mentioned at the start, the tie remains in the perfect balance and neutrals can expect a highly entertaining fixture.

Lack of proper competitive action and rarity of quality opponents in their domestic league could affect Rangers from overturning the first leg loss here.

Meantime, Malmo has been a regular at this stage and have a few group-stage appearance in the recent decade and they know well to negotiate through these kind of fixtures.

To summarize, our analysts expect Malmo to bag a positive result at Ibrox, if not a win, then at least a draw sending the reining Scottish Champions out of the tournament.