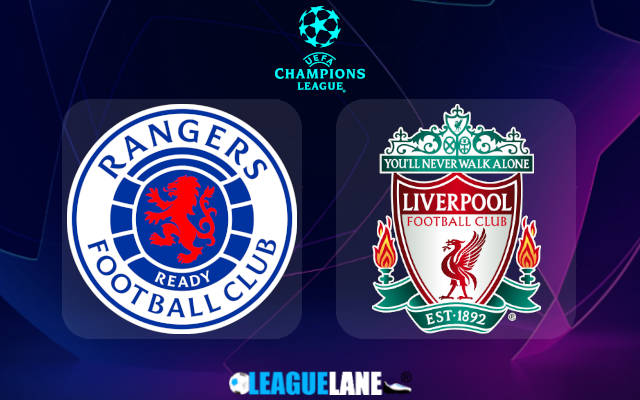 Liverpool bounced back from the opening round’s loss to Napoli by beating Ajax and Rangers in the following two home fixtures.

They hit the road again on Wednesday evening, this time to face Rangers in the fourth round of the UEFA Champions League.

Jurgen Klopp’s troops do not want to drop the ball against the group underdogs here with the fixtures against Napoli and Ajax (away) remaining.

The Reds desperately need to shift their fortunes around in terms of their form in general, especially after another sloppy performance in a 3-2 defeat to Arsenal on Sunday in London.

Liverpool have won just two of the inaugural eight outings so far in the season in the Premier League and are already as many as 14 points shy of the Gunners at the top of the standings.

Klopp has huge problems with injuries because he will miss both his standard full backs Andy Robertson and Trent Alexander-Arnold here.

Also, Mohamed Salah has been miles away from his best form this season, while Luis Diaz will also likely skip the mid-week’s trip to Ibrox Stadium.

Rangers will come into this tie in higher spirits after an easy 4-0 drubbing of St. Mirren at the weekend.

Antonio-Mirko Colak bagged a brace on the occasion to take his Premiership tally to 10 goals so far in the season.

The Croatian forward could find joy in the final third here past the crippled back line of Liverpool’s.

Liverpool are struggling badly to keep things quiet at the back this season and we can hardly see them keeping a clean sheet here against the Gers.

We fancy Antonio-Mirko Colak to score anytime at the sky-high 4.33 odds. The braver punters can shoot for the 2-2 correct score at the odds of 17.00