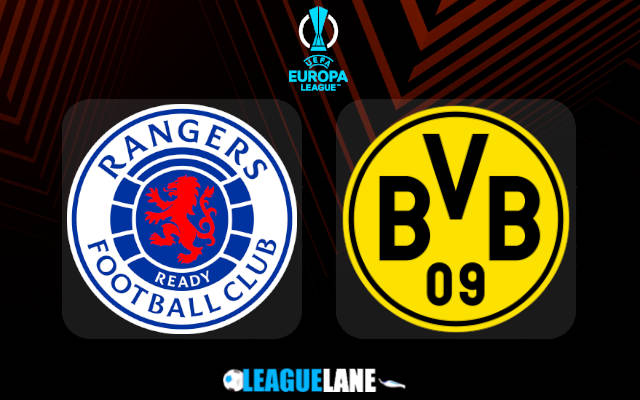 Rangers produced the biggest shock of the evening in UEFA Europa League seven days ago when they bagged four goals past Borussia Dortmund away at Signal-Iduna-Park.

The Gers also conceded two, meaning they have to work a lot to secure the progress to the last 16 round of the competition as we get closer to the return clash on Thursday evening at Ibrox Stadium.

Interestingly, the two teams reacted in completely opposite fashions than expected in their respective domestic leagues at the weekend, following the mentioned shocking result from the last week’s game in Dortmund.

Rangers went from netting four goals past German heavyweights to take just one point in the away clash against Dundee United in Scottish Premiership.

The Gers have thus put their title ambitions in jeopardize as they are now three points behind arch rivals Celtic at the top of the standings.

On the other side, Borussia Dortmund celebrated a demolishing 6-0 victory over Monchengladbach in the clash between two Borussias on Sunday.

It was the fifth win in the last six league games for Marco Rose’s men who are still only six points shy of leaders Bayern Munich.

We have seen six goals in the first leg played on German soil and these two teams should not produce anything less exciting in the reverse fixture either.

These two teams had previously played each other in the last 32 round of UEFA Cup in 1999 when Borussia Dortmund advanced 3-2 on aggregate.

Both teams snatched home wins (2-0 apiece) but Borussia advanced thanks to the goal in the extra time.

As mentioned above, the last week’s meeting ended in Rangers’ surprising 2-4 victory on German soil.

Their reverse tie against Rangers should not be an exception, especially since the Gers have also shown defensive vulnerability in their recent domestic games against St. Mirren and Celtic. The Over 2.5 goals FT & Both Teams To Score is paid at the 1.80 odds, while we will also back Borussia Dortmund to win by two or more goals difference at the odds of 2.65.