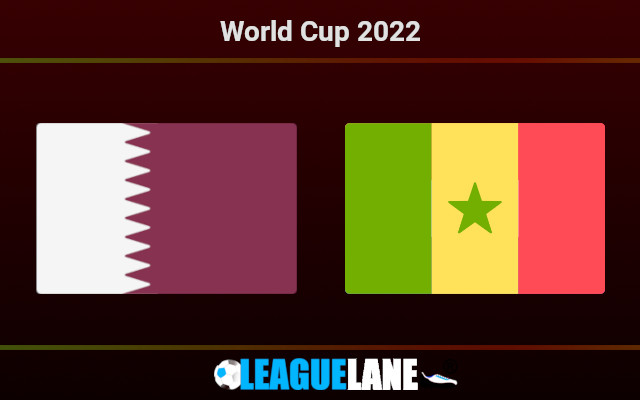 Qatar anticipated this World Cup too much to the point that they have burdened themselves with unmanageable pressure and responsibility. And that was to be seen in their opener. Meanwhile, Senegal should call themselves lucky for having been denied a point in their first game, against the Dutch.

The scores remained 0-0 almost till the end, and it was expected that both teams would settle for one point each. But in the 84th minute, with the first shot on target, the Dutch opened their account. Later they added one more, deep into the injury time to close out the game 2-0.

Senegal also missed their talisman Sadio Mane, who was ruled out of the tournament, with just hours before the opening ceremony.

They managed to have almost 15 shots at goal, but not one of them made into the nets. And this has surely put them under pressure to go after a win at any cost in this second match-up.

And here they will have to take on the wounded hosts.

Qataris flocked to the stadium to watch their team deliver a win in the opening game of the 2022 World Cup. But sadly that was not to happen.

Ecuador produced a classic display of defense, and not even allowed the team into their box. In fact, the host nation could not even produce a single shot at target all through the ninety minutes.

And now they have to take on the experienced and determined Senegal. Note that the Senegalese are the reigning African champions, and they are well-experienced in high-pressure situations like this.

The rather inexperienced Qatar do not stand much chance this Friday, despite a whole continent cheering them on.

Pressure is not all good for any team taking part in the World Cup – especially for a host nation, who are supposedly minnows in the international stage. After losing their opener, Qatar now have to go after a huge win this Friday.

And that simply is not practical against the sturdy defense of the African champions. They too might have lost their opener – but it was a closely-fought fixture – and that too against the mighty Dutch.

And importantly, Senegal have produced masterclasses under pressure recently, and they will be eagerly awaiting this weekend game.

Qatar also lack experience in locking horns with quality teams. They do have a good record of results lately, but almost the entirety of them came against fellow minnows, and inexperienced squads.

And the very first time they ran into a moderately strong squad, they crumbled.

On the other hand, the Senegalese have a decent record to count on – and that too in the harsh competitive conditions in the CAF region. They are also high in confidence after their miraculous Cup of Nations campaign as well as their World Cup Qualifiers.

Count on Senegal to deliver a compelling win this Friday at the Al Thumama.

And even though they are missing Sadio Mane, they do have reasonable replacements as goal-scoring threats. Ismaila Sarr have been turning heads in the EPL as part of Watford, and this just might be the youngster’s chance to shine. Count on him to find the back of the net in this must-win fixture.