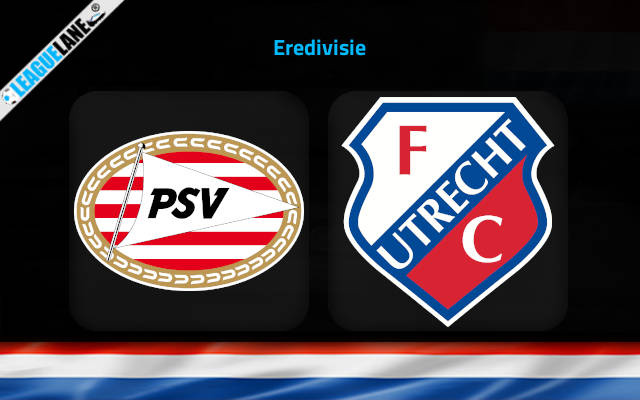 PSV will come into this on the back of four successive wins at home in Eredivisie. They have scored 12 goals along the way. They are now up against Utrecht who are struggling to translate their home performances on travels. The home win has to be the only logical betting option here.

PSV Eindhoven will try and keep ground on Ajax at the top of the Eredivisie standings on Saturday afternoon when they play host to Utrecht in the 15th round of the competition.

Roger Schmidt’s men are two points shy of the defending champions after playing only a 1-1 draw at Heerenveen six days ago.

PSV Eindoven conceded the equalizer from Heerenveen’s lone shot on target on the occasion.

They should now have a tough challenge on paper given the 4th-placed Utrecht come to visit Philips Stadion.

However, we see PSV as big favorites because Utrecht are a completely different team when they play away from home.

Rene Hake’s troops represent a formidable force on the home patch where they won six and drew one of seven league games this term.

On the road, though, Utrecht lost four of seven Eredivisie fixtures, including each of the last three against Ajax, AZ, and Vitesse.

Utrecht have conceded nine goals in the process. They are now up against the second-best attacking line in the competition.

It is thus very hard to look past the home win pick here, especially knowing that PSV Eindhoven have won six of seven home fixtures this season.

Tips for PSV Eindhoven vs Utrecht