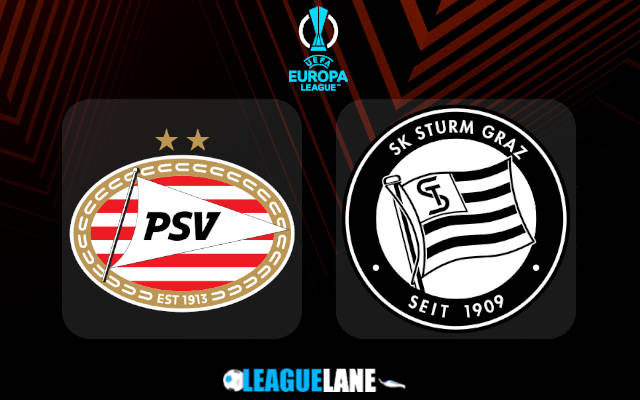 Sturm Graz will travel to Eindhoven as they play PSV on the penultimate game week of the Europa League at the PSV Stadion. A win for the hosts would put them in a comfortable position leading into matchday 6 of the competition to proceed to the knockouts, while the visitors need a win here to stay in contention for a spot in the Conference League. Read our Preview, Predictions, and Betting Tips with Analysis here.

PSV Eindhoven kicked off their campaign in a 4 goal draw against Sociedad at home, they followed it up by smashing this opponent 1-4 on the road. Following their 1-2 loss at home against Monaco, their trip to Monaco ended in a goalless draw. They are having a walk in the park in the Eredivisie as they dropped points only once in the preceding 6 games, in a loss against Ajax.

They are sitting third in Group B of the competition with 5 points. They are a point behind Sociedad and 3 behind Monaco. Their performances in the league have put them in second place, level on points with league leaders Ajax.

SK Sturm Graz lost their opening 3 games of the Europa League against all 3 teams in the group. Their only point came in a 1-1 draw against Real Sociedad on the road on matchday 4 of the competition. They are 4 points behind their opponents for Thursday. The club is second in the Austrian Bundesliga 15 points behind Salzburg with a game in hand over them.

The hosts will go into the match in fine form unbeaten in the preceding 4 fixtures against a team who are in shambles without a win in their last 6 matches. After a dominating performance in the away game, I am expecting a win for PSV in a one-sided game.

Bruma who is the team’s top scorer in the Eredivisie has already made 9 goal contributions this season. The Portuguese who is expected to start for the first time in the Europa League this season is my pick to find the back of the net at least once.