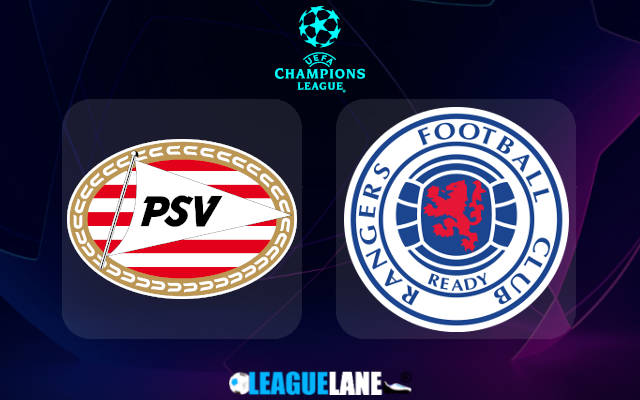 PSV Eindhoven and Rangers take on each other in the reverse fixture of their UEFA Champions League playoffs tie on Wednesday evening at Philips Stadion.

The first game offered a genuine spectacle with the teams scoring two goals apiece and creating numerous additional chances in a very high tempo eight days ago on Scottish soil.

Both outfits are very strong offensively and we can hardly anticipate a low-scoring scenario in the rematch, regardless of the stakes.

One significant distinction between them is that the Dutch outfit had several extra days of rest since their Eredivisie tie against Volendam was postponed.

Unlike PSV, Rangers had to travel to Edinburgh to battle the likes of Hibernian in a tough away fixture on Sunday afternoon in Scottish Premiership.

It was the game in which the Europa League finalists slipped up for the first time this season in their domestic league.

Rangers had to settle for a 2-2 draw as two of their first-team regulars John Lundstram and Alfredo Morelos got sent-off in a nine-minute span midway through the second half.

Rangers are now second in the Premiership standings, sitting two points shy of Celtic who have four wins in four opening rounds.

PSV Eindhoven, on the other side, easily won both inaugural games at the start of the new Eredivisie campaign, netting as many as nine goals along the way.

PSV have both scored and conceded at least two goals in each of the last three outings across competitions. The run involves a 3-2 extra-time win in the reverse fixture of the Champions League qualifier against French Ligue 1 side Monaco.

Based on everything we saw last week in the first leg of this matchup, the Over 2.5 goals FT has to be the way to go at the 1.66 odds. We also like the home win pick at the 1.75 odds knowing that PSV Eindhoven are enjoying a spectacular form at the start of the season.