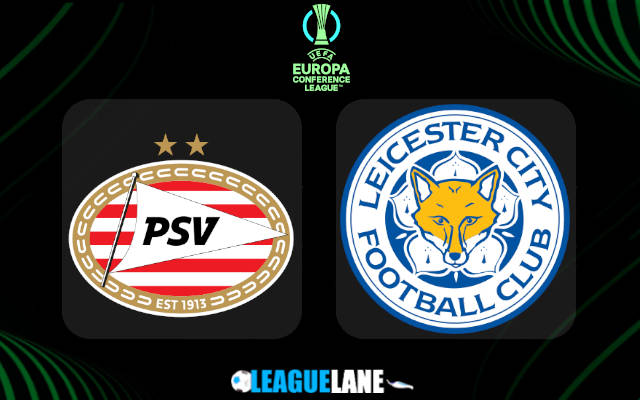 The second leg of Europa Conference League is set for this Thursday at Philips Stadion, where PSV Eindhoven will be hosting the Premier League side Leicester City.

The two locked horns last week at King Power Stadium in Leicester. That first-leg of ECL quarter finals ended on a draw with no goals to spare.

PSV Eindhoven head into this fixture in their best form of the season, putting together a 15-match unbeaten streak in all competitions. They are now 4 points adrift of of Ajax, their best chance of silverware now lies in other competitions. With 68 points they are second in Eredivisie with 22 wins and 2 draws from 29 matches played so far.

The Dutch side who won their previous game, will hope for a similar result following a 2-0 league success against RKC Waalwijk. They have been mean at the back, seeing the tally of goals that have flown into the back of their net over the course of their last 6 clashes stands at 3.

On the other side, Leicester City is currently on a 4-game unbeaten run across all competitions. They are 9th in the league with 40 points from 29 games. They won and lost 11 games each and need at least 12 points to secure an ECL qualification. Although they remain down in the table, there is a feeling that they will be back on an upward trajectory during the season ending.

The Foxes will go into this match after a 2-1 league win over Crystal Palace in their previous outing. They have been scored against on 5 of their last 6 games, with opponents netting 7 goals in total. Defensively, they have seen their frailties exposed.

They have met only once and that too was in the first leg, last week where both the sides settled for a goal-less draw at the end of 90 minutes.

PSV won 6 of their last 7 games played at home across all competitions and are currently on a 7-game unbeaten run at home. In the league they have won the last 4 games played at Philips Stadion.

Meanwhile, Leicester remain poor at away schedules winning only thrice of the 14 games played on road in Premier League. They even lost to Rennes on road and it was the aggregate score that helped them to reach here.

By the looks of things, expect a tight encounter with a possible win for home team.