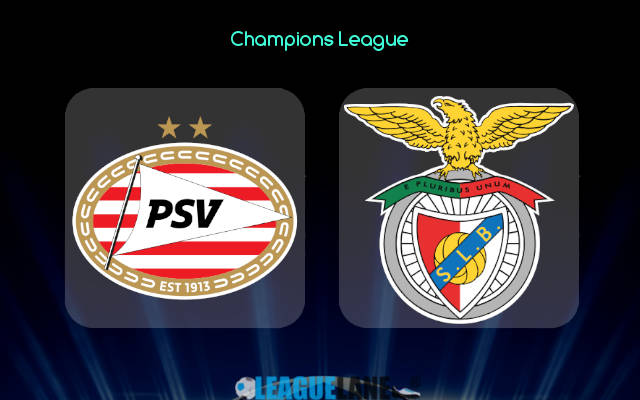 PSV Eindhoven have work to do against Benfica in the Champions League play-off fixture after the first leg ended 2-1 in favour of the Portuguese Primeira Liga club.

First half strikes from Rafa Silva and Julian Weigl proved decisive for Benfica in a game that PSV were the dominant side. Though Cody Gakpo’s goal in the second half to halve the deficit means the Dutch side is still in the competition.

PSV Eindhoven were 6 match unbeaten across all competitions until the slip at Estádio da Luz last week. They bounced back with a 4-1 win against Cambuur on the weekend to sit at the top of Dutch Eredivisie table.

In the Champions League, PSV defeated Midtjylland 4-0 on aggregate after starting with an incredible 7-2 victory over Galatasaray.

The start of the Primeira Liga is also solid for the Eagles, with the team winning all three matches played so far, making it a 100% winning run across all competitions.

There is everything to play for in this fixture and we expect another end-to-end attacking football this midweek. This is the reason for me to consider betting on the full-time result of this match as a hit and miss.

However, the goal markets have some attractive proportions. PSV have scored an incredible 23 goals in the 8 matches played across all competitions played so far this season. Meanwhile, Benfica scored exactly 2 goals in each of the 6 games they played.

Also, when considering the fact that these two have a history of producing high scoring affairs, we must look no further than btts and over 2.5 goals for this Champions League fixture. Have to mention that the teams are blessed with an array of brilliant players in the final third.