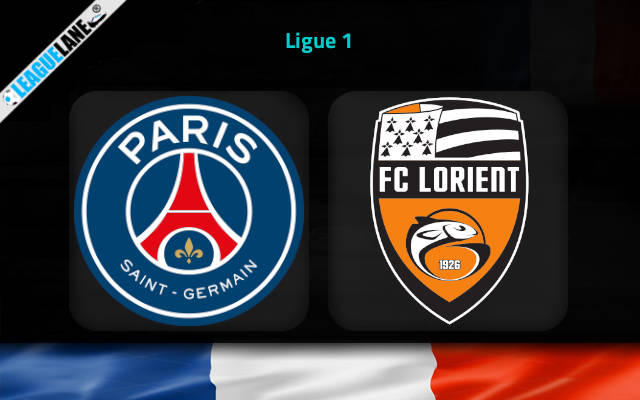 The Parisians need to act soon. They are at the top of the table with a 12-point lead, with just nine fixtures remaining. But the way they keep performing, it’s not a safe lead. And it would be a total disaster if they end up trophyless after acquiring such a monster line-up.

The team will be under pressure to deliver, and it kind of helps their cause that they are at home.

Meanwhile, Lorient are one of the weakest teams in the Ligue 1, and as expected, they are struggling to deal with the relegation battle.

In fact, they have a surplus of just one point over the cut-off. They have seldom won games all through this campaign, and they have also been a mess on the road for quite some time.

Moreover, they have a poor h2h record against this rival over the years.

Judging these observations, expect a win for PSG this Sunday at the Parc des Princes.

PSG lost 3-0 on the road the last match-day, against Monaco. And this loss should motivate them to go after a huge win this Sunday, especially in front of their home crowd.

They also have a 100% unbeaten record at this stadium since last May, and barring two draws against Nice, it’s a perfect winning record.

On the other hand, Lorient were held to a 0-0 draw at home by Strasbourg the last game week. They were also winless in 20 of their past 23 overall fixtures, and they had even gone on an eight-fixture losing streak.

Taking into account these observations, expect a win for PSG this Sunday.

Tips for PSG vs Lorient