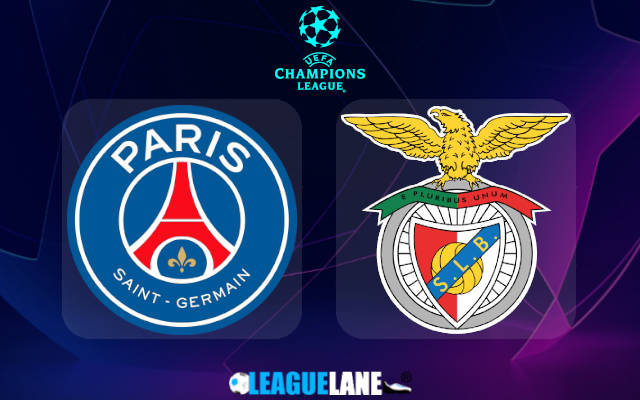 A tight but entertaining clash is expected when PSG and Benfica lock horns on the matchday 4 of the 2022/23 Champions League ground stage.

Both teams are unbeaten across all competitions this season. Such a run is expected from a team like PSG, but Benfica are the real dark horses of Europe this term and are strong favourites to qualify from this group along with the French giants ahead of the Italian giants Juventus.

With a doubt, Benfica’s best result this season came at Turin when they came back from a goal down to defeat the Old Lady 2-1. This was complemented by the 1-1 draw at their own turf against PSG in a match they kept the likes of Messi, Neymar and Mbappe under control.

PSG are going through a mini crisis at the moment having drawn back-to-back games. It was particularly disappointing to see them struggle against a team like Reims on the weekend and returned with a goal-less draw.

The teams are currently joint toppers of the group with 7 points and have a lead of four points over second placed Juventus. Points are extremely important for both teams here with the complexion of the group expected to change after the Maccabi Haifa vs Juventus match on the same day.

The teams met for a 7th time in UEFA competitions last week and with a draw Benfica maintained their narrow h2h lead over PSG. The Portuguese side has 3 wins and as against the two games won by the reining French champions.

However, PSG are unbeaten at home in the h2h matches against Benfica. They won 2 and drew once.

Both teams have scored in all expect one overall head-to-head meetings between the two sides. While the over 2.5 goals happened five times.

We are expecting a tight match with Benfica coming on the back of some good form. But PSG is a different kettle of fish all together especially while playing in front of their home crowd and this is why we take them to win here with both teams to score.

Kylian Mbappe have scored in four consecutive Champions League home games for the Parisians and we will back to take him on 1.95 odds to net anytime on Tuesday.