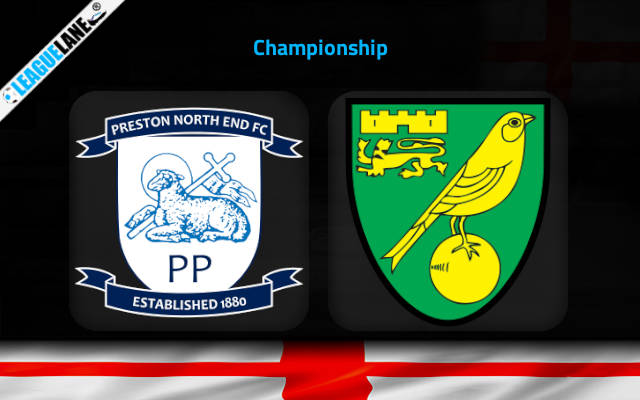 Preston vs Norwich Predictions and Free Tips from our expert tipsters when the teams go head-to-head in Championship on Saturday, 14 January 2023.

Norwich are lacking consistency this season. New manager David Wagner has a lot of work to do as his team are tenth in the league and are on a four-game winless run. They are also out of the FA Cup as they lost to Blackburn by 1-0.

At the same time, Preston celebrated their tenth win of the season as they defeated Stoke by 1-0. This win finally ended their three-game losing streak. They won by a good margin against Huddersfield to advance to the next round of the FA Cup recently.

Preston are unbeaten in the last three head-to-head matches. Both teams last met back in October and the current host won that game by 2-0.

Do note that the last time Norwich won this fixture in the Championship was way back in 2018.

Who will win the match between Preston and Norwich?

The visitors are facing a difficult situation as they are on a five-game winless run in all competitions. It has been nearly a month since the last time they won a Championship fixture. Therefore, the chances are high that Preston will take home all three points from this match.

With just one exception, the last five head-to-head matches ended with more than two goals being scored combined. Also, the most recent meeting ended with a 3-2 score line back in October.

Moreover, both teams have scored in the last five consecutive head-to-head encounters. It is likely that both teams will find the back of the net this time as well.

Preston are on a two-game winning streak and are yet to lose a single game this month. At the same time, the visitors are facing a winless drought. They are winless in five of their last seven away trips. Therefore, the first tip is that Preston will win this game– the odd for this tip will be at 2.90 odd.

Moving on, our second tip for this game is that over 2.5 goals will be scored – at 2.10. At least three goals have been scored in four of the last five head-to-head matches between these two teams.