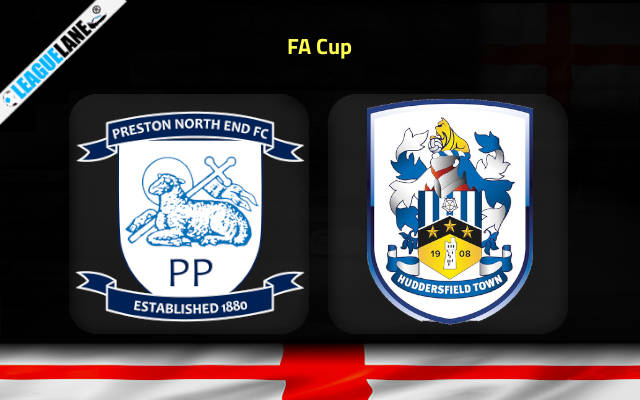 Preston vs Huddersfield Predictions and Free Tips from our expert tipsters when the teams go head-to-head in English FA Cup on Saturday, 7 January 2023.

Preston are placed in a promising position in the Championship table at the moment, and as an additional bonus, they have been allotted the chance to play a weaker opponent in the FA Cup – that too at home. The team is high in confidence as of now.

Meanwhile, Huddersfield are facing pressure from every side. On one hand, they are stuck in the relegation zone at the moment, and with the second half of the season having commenced, they need to start performing now if they are particular about avoiding the boot to League One.

The latest encounter did end in a 1-2 win for Huddersfield. But over the course of the past years, Preston really have been the dominant opponent – and particularly so at this venue. In fact, the guests have won just once at this venue since 2000.

Who will win the match between Preston and Huddersfield?

Preston have a better h2h record against this rival over the years, and additionally they are at home – where they have been almost unstoppable in such fixtures.

On top of that, it is a doubt if even Huddersfield are willing to go deep in the FA Cup. Their immediate and important objective is to avoid relegation, and this additional responsibility of the FA Cup could derail their season.

Chances are high that hosts Preston will deliver the win this weekend.

Preston might have the upper hand this weekend, but their defense has not at all been up to the mark lately. Moreover, Huddersfield would not be willing to bow out without putting up a decent fight. Expect a high-scoring affair.

Continuing from before, the possibility of a clean sheet for the hosts is very low. It is quite logical for us to anticipate goals from either end of the pitch.

A Preston win placed at 1.90 odd is the right pick for this weekend fixture. Their impressive h2h record over the years, coupled with the struggles of their counterparts – and the choice seems even more optimal.

As far as goals are concerned, the out-of-form defense of the home team cannot be trusted to keep a clean sheet. Both Teams to Score at 2.00 odd is a great option here.