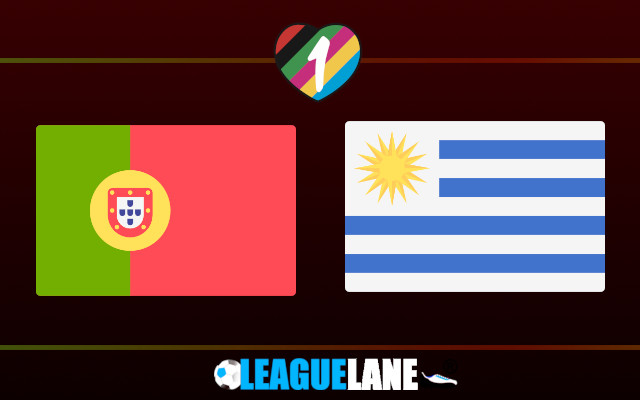 Portugal and Uruguay have some unfinished business to settle. These two locked horns in the Round of 16 of the 2018 World Cup, and then the Latin Americans bundled out the then reigning European champions.

The Portuguese will be determined to make amends for that defeat. They have gotten themselves a great start to their campaign.

They were pitted against Ghana, the lowest-ranked team in the World Cup for their opener, and registered a 3-2 win. And it really took some effort too.

Scores were level at 0-0 almost for 70 minutes, before the floodgates opened. Cristiano Ronaldo and co slotted in three goals.

However, there is an asterisk. Not a single African squad had found the back of the net in the competition so far, and not only did Ghana hold them to 0-0 for the better part of the game, but they slotted in two goals too.

And this is exactly what the Uruguayans would be counting on. In Darwin Nunez and Luis Suarez, they have two deadly strikers, and moreover they are high on confidence after the way they came through the CONMEBOL Qualifiers.

The Uruguayans went on a rampage towards the end, after making a slow start to their qualifying run.

Moreover, Suarez and co do also have another stat to count on. Despite having a stellar career, Cristiano Ronaldo has always come up short against Latin American teams. In fact, the Portuguese talisman does not have a single competitive win to his credit against a South American squad.

And to make matters worse for them, the defense led by Diego Godin is still one of the best in the world, and they showed their quality in the game against South Korea.

As things stand, expect a hard-fought victory for Uruguay.

Portugal should be a little worried in the manner they let Ghana sneak through their defense. Moreover, they also came up short many a times in high-pressure situations lately.

Against Serbia in the UEFA World Cup Qualifiers, and against Spain in the Nations League being some of the examples. And one thing to be noted is, the 2016 Euro champions had the advantage going into these fixtures, and still failed to come through.

Meanwhile, the Uruguayans were on stellar form in the tough CONMEBOL Qualifiers, where they went on a four-fixture winning streak towards the end.

They also lost just once this whole year, and moreover they have a superior h2h record against this opponent.

By the looks of things, expect a close win for Uruguay. And count on point-man Darwin Nunez to break the deadlock for the Latin Americans. He is out to prove his mettle to his critics, and national team squad look the better place for him so far than Anfield.