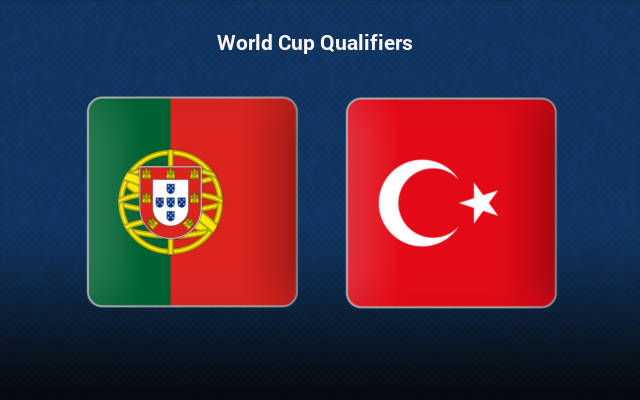 Portugal face a nightmare scenario this coming week. Their golden generation might have to wait another four years to participate in a world cup, and it’s a doubt if they could even be termed ‘golden’ by that time.

Anyway, talisman Cristiano Ronaldo will not be there in 2026, and this Qatar edition was supposed to be his swansong. Will one of football’s greatest players leave the game with his head bowed down? Fans are eager to see.

However, the Turks cannot be just written off, and the Portuguese had committed the mistake of underestimating their rivals in the final game of the First Round, which actually costed them the top-most position – and thus, a direct ticket to the 2022 World Cup.

Expect the whole of the country to turn up at Estadio do Dragao this Thursday, and it is certainly going to be hard for the Turks to deal with this much hostility – especially since they are already the underdogs.

But they do have a puncher’s chance, and will try to make it as hard as possible for the 2016 European champions.

Expect a tough 90 minutes for either squad, and count on the hosts (Portugal) to grind out a hard-fought win.

Not only are the Portuguese one of the heavyweights in world football, but they also have the best squad depth in international football at the moment – possibly after France.

They will also be eager to gift talisman Ronaldo a final shot at glory, by helping him get to Qatar.

Meanwhile, the Turks have won just four of their past ten overall matches, and they have also recorded a total of four wins from their past ten road trips. And it also deserves special mention that they have a worrying h2h record against this foe.

Likely, expect a tightly-fought fixture this Thursday, but count on the hosts to deliver a close win.

Tips for Portugal vs Turkey