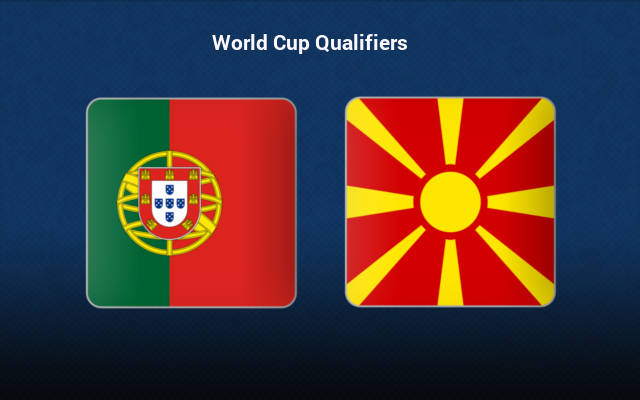 Portugal are overwhelming favorites on paper to beat North Macedonia in Tuesday’s World Cup qualifying play-off. Yet the visitors have players to mount an upset, like they did in the semifinal against Italy.

The Selecao defeated Turkey in the semifinals, not without some scary moments in the second half when the opponents pulled a goal back and then missed a penalty. It appeared like the final lap of their group stage qualification campaign when they dropped points in the final two matches against Ireland and Serbia to finish second. Somehow luck was on their side on Thursday and now one more game to go before booking their ticket to the World Cup in Qatar.

North Macedonia on the other hand were easily the second best against Italy and were only saved by combined heroic defending and gloves of Stole Dimitrievski between the posts. At the same time, they did have a couple of golden chances on their own, but it was Aleksandar Trajkovski’s strike just before the final whistle that booked their first ever play-off in a World Cup qualifying campaign.

This is the golden generation of Macedonian football and they just tasted their first ever appearance at a major competition at the European Championships in summer, though they lost all three matches at the group stage. However, they were back to their best since and lost just one of the eight and that defeat happened to Germany, a team they defeated in the first leg of qualifiers at their own soil.

North Macedonia have a knack of defeating big teams, but they are up against a team that rarely fails at this stage of the competition. Portugal defeated Bosnia-Herzegovina in the 2010 play-off and then Sweden in the 2014 edition.

The teams met two times previously, both friendlies and Portugal are unbeaten with a 1-0 win and goal-less draw.

Portugal remains strong favorites to win here and we do not find any value in backing them with odds pierced at 1.20 odd.

However, we see excellent value in goal markets, especially the over 2.5 goals at full-time priced at 1.70. Portugal’s 7 of the last 8 games since the exit from Euro 2020 saw the same as 5 of the last 7 of Macedonia.

I will take the correct full-time score of 3-0 in favor of the hosts, hoping the Portuguese won’t be as wasteful as the Italians a few days ago.

Keep an eye on Diogo Jota, he is coming to this game after scoring in each of his last three appearances for club and country and is a top pick to find the back of the net anytime here.