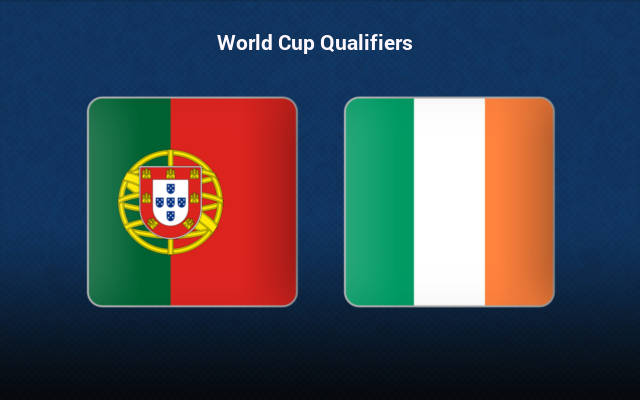 Portugal are one of the best teams in the world, and since they had failed to retain their Euro championship this past June, they are hungry to prove themselves once again on the pitch. Ireland, who have a poor h2h record against them, stand absolutely no chance this Wednesday.

The Portuguese, under the leadership of Cristiano Ronaldo, were one of the favorites to lift the Euro Cup in 2021. But they were eliminated by Belgium in the very first knockout fixture, and this definitely will be playing around in the minds of the players.

They are certainly eyeing the 2022 World Cup, and will be eager to be make themselves ready for that challenge.

In the meantime, Ireland had not qualified for the Euros, and for the reason they are not match-ready at the moment. It’s been some time since they have played a competitive fixture.

And since they also have a poor h2h record against this opponent, expect a win for Portugal at the Algarve.

The Portuguese had recorded a 1-3 win against Luxembourg in their latest WC Qualifier. In the meantime, Ireland had lost 0-1 at home against this same Luxembourg.

Going on, Portugal have lost just five times in their last 50 games, which stretches back to 2017. And three of these defeats had come against former world champions, while one had come against Belgium – currently ranked first in the world.

On the other hand, their counterparts were winless in 13 of their past 14 match-ups, and they also have a much inferior h2h record against this foe. Moreover, they are also ranked much lower in the FIFA list compared to Cristiano and co.

By the looks of things, expect the determined and wounded Portugal to deliver a superb win this Wednesday.