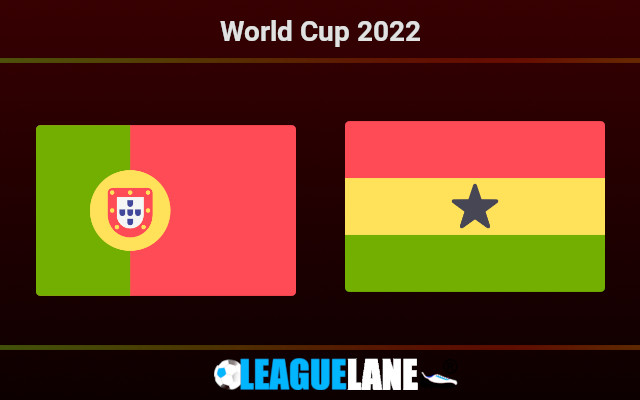 Can Cristiano Ronaldo shine despite problems with the club?

Portugal are always among the main favorites at big competitions and Qatar 2022 will not be any different.

Despite plenty of problems with injuries (namely the absence of Diogo Jota), Fernando Santos still has an incredibly talented group of players on disposal.

Cristiano Ronaldo will lead Portuguese attack at the World Cup for the last time in his career and he will get a lot of help from fellow Premier League stars Bernardo Silva and Bruno Fernandes.

Portugal lost the top spot in their respective Nations League group after falling 0-1 to Spain on the final day of the competition.

They did the same in the World Cup Qualifications with the late home defeat to Serbia. Nevertheless, Santos’ men managed to secure another World Cup appearance by eliminating Turkey and North Macedonia in the playoffs.

This Ghanaian team has limits

Ghana failed to qualify for the previous World Cup but they are back this time around after eliminating Nigeria on the away goal rule in the African WC Qualification playoffs (1-1 on aggregate).

Otto Addo’s men will be hoping to beat the one-pointer Ghana’s national team claimed in the group stage of the 2014 World Cup in Brazil.

Ghana disappointed badly at the African Cup of Nations earlier this year, registering no more than one point in three group phase games against the likes of Morocco, Gabon, and Comoros.

Ghana’s back line looked vulnerable in that tournament, allowing three goals in the last round’s loss to Comoros.

We will also mention that Ghana have allowed two goals in each of three group stage matches at the World Cup in 2014.

Portugal should not have too many troubles easing past Ghana on the opening day. Ghana’s back line does not thrill with confidence and we expect Ronaldo and company to have a field day on Thursday.

The main bet is Portugal to win & Over 2.5 goals FT at the 2.40 odds, while we will also take the sky-high 4.33 odds for Bernardo Silva to score anytime here.