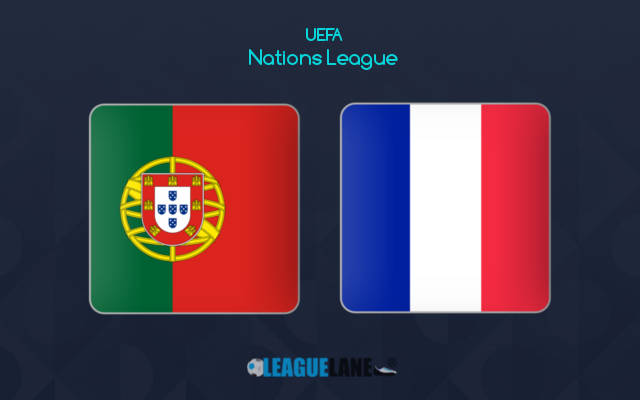 Group A3 in the UNL is entering its climatic stage. Both the Navigators and Les Bleus have secured ten points each, and with just two more match-days remaining (including this upcoming one), tension is at an all-time high, in regards to who will secure progression to the semi finals.

Considering that the other two teams, Croatia and Sweden, are already out of contention for the knockouts, this encounter at the Estadio da Luz is a virtual final. The winner of this fixture will in all probability pass on to the next round, while the loser will have to wait another two years to have a shot.

Suffice it to say that the game will be fiercely contested, and with the sheer talent on both sides (especially in the attacking front), goals are sure to come from both squads.

The Navigators recorded a 3-0 win the last match-day in the competition, against Sweden. In the meantime, Les Bleus recorded a 1-2 win away from home against Croatia – in a repeat of the 2018 World Cup Final.

Going on, Santos’s men were unbeaten in 21 of their previous 22 overall fixtures, and they had even defeated Andorra 7-0 in their most recent game, which was a friendly. At home, they are on an unbeaten run since March of 2018, and had also won seven of their former eight such appearances.

And they had also scored a total of 23 goals from their preceding six home matches.

On the other hand, Deschamps’s men were unbeaten in 36 of their last 40 overall fixtures, and they are also on a five-game winning run away from home.

On top of all that, they are the reigning world champions, while their counterparts are the reigning Euro as well as Nations League champions. As such, it’s a given that either team will be determined to showcase their superiority.

Surely expect goals to come from both teams this weekend.