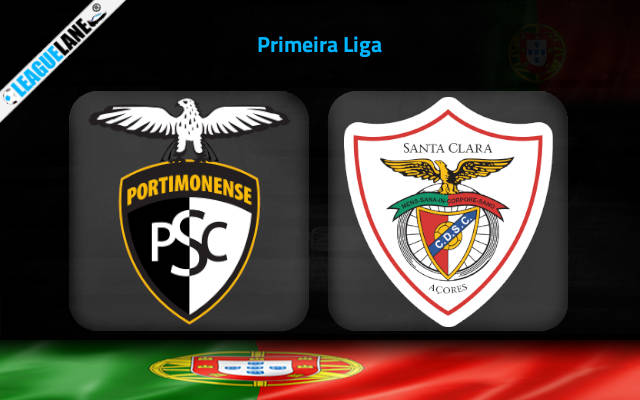 Portimonense vs Santa Clara Predictions and Free Tips from our expert tipsters when the teams go head-to-head in the Liga Portugal on Friday, 13 January 2023.

The past three league fixtures had finished in a defeat for Portimonense. These negative outcomes have increased the gap between them and the safe zone to 8 points.

They will be hoping to end this slump by sealing a victory in the coming fixture. Santa Clara, who is sitting at the edge of the relegation picture, will be their rivals on Saturday.

The past six overall wins were evenly split, with three each for both sides. Portimonense is currently having a two-game unbeaten streak against Santa Clara.

At this venue, Portimonense were unbeaten in four of the previous five encounters against Santa Clara. The latest clash ended in a 2-1 win for the hosts.

Who will win the match between Portimonense vs Santa Clara?

Although Portimonense failed to seal a win in the last four league fixtures at home, we expect a win for them because Santa Clara lost five of their seven road trips so far in the campaign.

On top of that Portimonense have a decent head to head form against Santa Clara. Therefore, expect a pleasant day for the local supporters at Estadio Municipal de Portimao.

Around 60% of the matches played by these two teams in this season saw fewer than 2.5 goals ft. Moreover, only one of the last six home fixtures of Portimonense saw the landing of over 2.5 goals ft.

Knowing that almost every road trips of Santa Clara had fewer than 2.5 goals, we have enough reasons to expect an under 2.5 goals ft scenario here.

Santa Clara failed to score a goal in five of their seven away fixtures so far in this campaign. In fact, they have only scored a total of two goals on the road. Therefore, we don’t expect a both teams scoring affair here on Saturday.

For all the above reasons, we are expecting a home win at Estadio Municipal de Portimao. Portimonense to win at 2.15 odds is our first tip for this one.

Neither of these two sides have involved in affairs with over 2.5 goals often in this season. Thus, under 2.5 goals at 1.57 odds decent enough for the second tip.