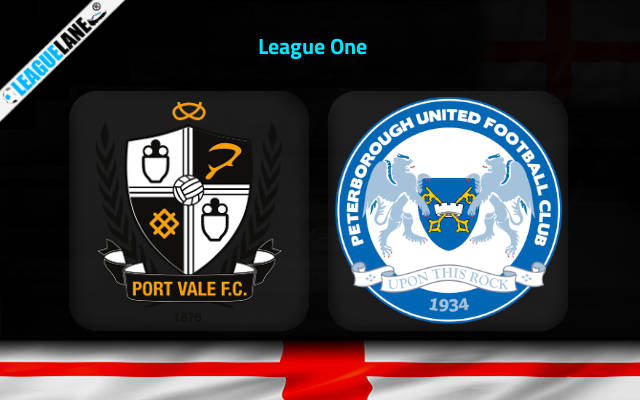 Port Vale vs Peterborough Predictions and Free Tips from our expert tipsters when the teams go head-to-head in League One on Monday, 16 January 2023.

Port Vale got their tenth win of the season as they defeated Forest Green at the beginning of this month. They have improved their home form as they won three consecutive home fixtures starting in November.

On the other hand, Peterborough could not do much when they faced Wycombe last time. Goalkeeper Max Stryjek stopped all six shots on target in that game. They are currently ninth in the league.

The visitors are on a two-game winning streak against this team. The last time the host won this fixture was back in 2016.

Another point to note is that, at this ground the host have not won a game against Peterborough in the last seven years.

Who will win the match between Port Vale and Peterborough?

Peterborough’s form is riddled with losses. They have lost six of the last eight outings in all competitions. The previous record against Port Vale is not valid presently. Therefore, we can expect Port Vale to win this fixture. They have won three consecutive home matches.

The last four encounters between these two teams ended with over 2.5 goals being scored. The chances are high that this trend will continue for this game. Moreover, Port Vale recently scored three goals against Forest Green.

You can back the following, as our first tip for this game is that Port Vale will this game– at 2.70 odd. They are unbeaten in four of the last six head-to-head matches. At the same time, the visitors have been winless since November on their away trips.

Our second tip is that Over 2.5 goals will be scored – the odd for this tip will be at 1.95. We can back this tip as both teams have scored at least three goals in the previous four head-to-head meetings.