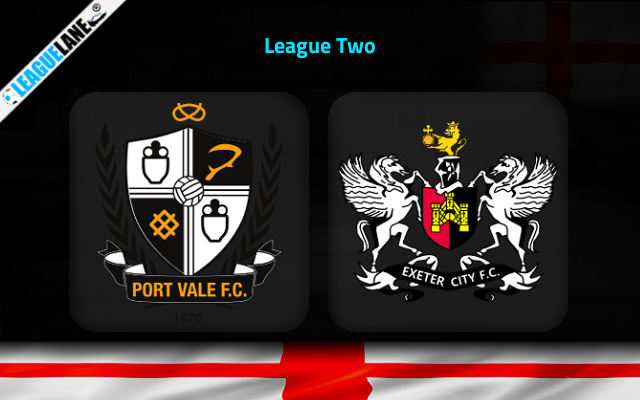 Port Vale with brilliant results in recent fixtures have managed to find a spot near the safe zone on the table. They sits 8th with a total of 59 points in hand from 36 league fixtures. They have a strong offensive and defensive lineup.

Port Vale recorded a 1-2 win over Bradford City on road in their most recent league fixture. With that win, they have woven a thread of three subsequent winning games in the league. They will be having positive spirits following such a set of recordings.

Meanwhile, Exeter have been also recording excellent displays in the league since many games. They sits second on the table with a total of 64 points. They also possesses a strong attacking and defensive lineup.

Exeter won 0-2 against oldham on road in their most recent league fixture to record four consecutive unbeaten games in the league. They will be also motivated enough to enter their coming fixture with enough of spirits.

By the looks of things, both these teams looks to have a similar form in the league of late. Therefore, we anticipate a highly competitive encounter between these two outfits at Vale Park on Tuesday in the 22nd Round of League Two fixtures.

Port Vale have been enjoying an impressive form at home lately. They are unbeaten in each of their past 6 home league affairs.

On the other side, Exeter have been also performing well om road. They have recorded 6 unbeaten games in their past 7 on road league fixtures.

Both these outfits are having a strong form in the league at present. Considering that, a draw looks like an ideal option for concluding this one.