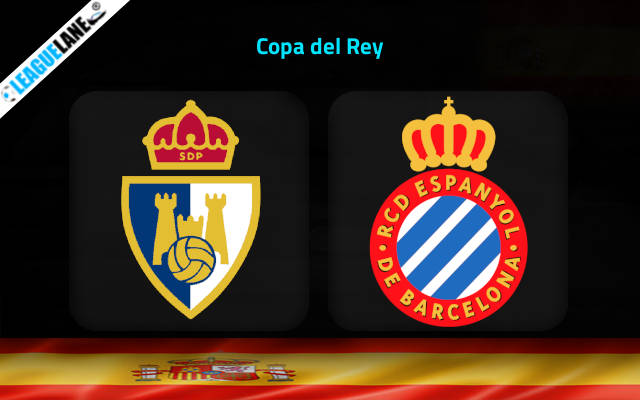 Espanyol will travel to Ponferrada as they take on Ponferradina in the round of 32 of the Copa Del Rey this Tuesday.

RCD Espanyol following a 2-3 win against Solares in the first round of this competition, beat Cristo Atlético 1-2 in the 2nd round to qualify for the RO32.

The club will go into the fixture in solid form winning thrice in their last four fixtures across all competitions. With the most recent one being in the league against Valencia on the road by a score line of 1-2.

They are currently 9th in the league and six points behind the 4th place team in La Liga.

SD Ponferradina beat Cacereño 1-2 in the first round of this tournament. Going on, the club proceeded to the RO32 by sealing a 2-1 win against Ibiza at the end of extra time.

The club will head into the fixture with a rather questionable form as they are winless in the last three league fixtures.

With four points in four Segunda División matches in the month of December, the club currently occupies 5th place in the table.

The pair have met twice before, both in the last season of the Segunda División. While Periquitos won 2-0 at home, they registered a 1-4 win away from home

Despite competing in a higher division, the visitors are in much better form leading into the fixture, having gone seven matches without a defeat at home. To further add to things the hosts’ only win in the last four fixtures came in extra time.

Considering the above the visitors should come away with the win, proceeding to the next round of the tournament in the process.

Raúl de Tomás has scored in every other appearance this season on average. The Spanish forward is currently La Liga’s 4th highest goal scorer with nine goals already this season. He is our pick to score anytime in the fixture.