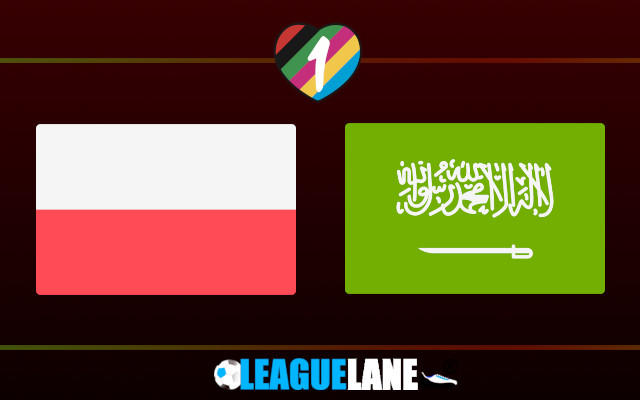 Saudi Arabia possibly pulled off the upset of the decade, as they defeated tournament favorites Argentina in their opener. It goes without saying that they are high on confidence, and Poland will find a charged-up squad at their hands. They will have to come up with something special to find the three points.

Despite being the best striker in the world for the past few years, Robert Lewandowski still lacks a goal at the grandest of stages. And this game could possibly be his last realistic chance to do that.

Their next game is against a wounded Argentina, and with that the group stage would come to a close. There is no telling if the 34-year-old striker will get another go. If he needs to rectify this gap in his resume, the time is now.

And it definitely is not going to be easy. Saudi no longer consider themselves as minnows. They believe it is their time. And compounded with the vociferous support of the crowd (Asian teams are obviously the crowd-favorites at the tournament), they could pull off even more upsets.

As things stand, Saudi are at alone at the top of the table with three points. Should they be able to secure a win here as well, they are through to the knockouts – and it simply could be the pinnacle of their careers for these spirited players.

By all means, expect an onslaught of attack from the toppers of the table.

Coming to Poland now – they realize just how big of a challenge this is. They surely are not going to underestimate their rivals, as the Argentines did.

The Polish squad do have the better quality of players, and are also much more experienced in top-tier football. And worse comes to worst, they have the most lethal striker in world football at disposal.

Expect a fierce encounter this weekend, with goals coming from either end of the pitch.

Only once have these two teams locked horns with each other, and then Poland recorded a 1-2 win.

The Polish squad have lost just against two teams in the past 12-month period – Belgium, and Netherlands – two of the best teams in the world. Other than they have been on a great run, and they also came through the nervy European Qualifiers.

They have the talent and experience to fight it out for a win this weekend – their only issue would be the newfound confidence of their opponents.

Still I am sticking with Poland to deliver a close win here. It would be hard for the Saudi Arabians to pull off two miracles in a row. They should be able to find the back of the net at least once – such was their attacking prowess against Argentina.

But the Lewandowski-led offense of the Polish squad are still the favorites to come out on top.