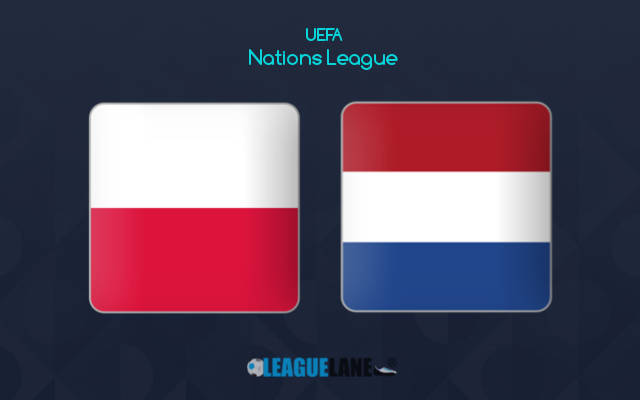 Netherlands are determined to secure an entry into the semifinals at any cost. They are currently the toppers of their group and are pitted against Poland who have already ruled out qualification to the next round.

Not only have the Dutch maintained a 100 percentage winning record so far, disregarding a single draw, but they scored the most number of goals of all the teams in the group and scored the least as well.

They also have a score to settle. They were the finalists of the inaugural edition of the Nations League, where they lost against Portugal.

But they definitely believe that it is their time to shine now. Moreover, they also have the upcoming World Cup to prepare for.

Meanwhile Poland have now been reduced to a one-trick pony. All they have is the presence of Robert Lewandowski at the front and there are limits for what just one man could achieve.

The team has failed to amply support this gifted striker. They are already out of contention for a ticket to the semifinals.

Moreover, they scored the least  number of goals of all the teams in the competition, as well as let in the most. In addition, they also have a poor head-to-head record against this opponent over the years and taking into account all these observations expect a victory for Netherlands this Thursday.

Poland are on a three-game winless run, and they let in nine goals in the process. Their only victory in the competition came against the dead-last placed Wales.

Considering recent form of both teams, as well as past h2h meetings, expect a win for Netherlands this Thursday.

Tips for Poland vs Netherlands