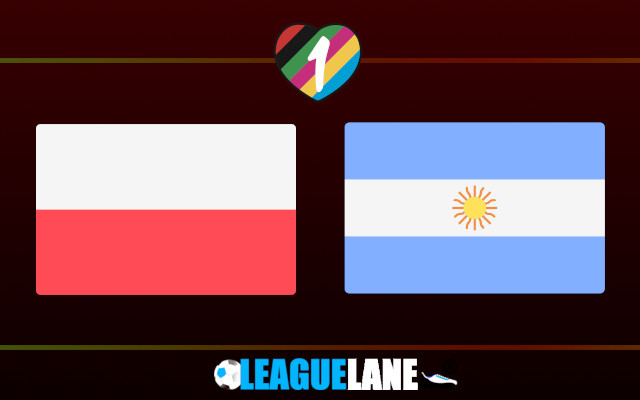 The Argentines faced elimination in the last round of fixtures, and all their dreams would have come crashing down on their heads. But Lionel Messi had other plans, as he dragged his team back into contention. This Wednesday, they go against the Polish squad, to fight it out for the top spot in the group.

Robert Lewandowski finally has something which he had long coveted. A goal at the World Cup – and as fate would have it, it came at the most apt time for his team.

Saudi Arabia really tested their mettle in the last round of games, but towards the end of the clash the Barcelona striker set up a goal, and scored another to ensure the much-needed three points.

One more win, and they could possibly top the group. And it is almost a necessity to secure the top-most spot in Group C, as it would ensure that they avoid taking on France in the Round of 16 – a not so tasty prospect.

And Argentina are well aware of this. It looks as if Australia might be coming out second from Group D, and the winners of Group C will pitted against them for the Round of 16.

The Albiceleste finally found the spark they had been missing in their opener. It looked as if the clash against Mexico would end in a goalless draw, when Leo Messi decided to take matters into his own hands.

He scored a screamer from outside the box, and then later assisted one more to complete the victory. They finally looked like the team that lifted the Copa America, and the Finalissima.

It is going to be a tense affair at the Stadium 974 between these two teams, but Argentina sure are looking hot right now. Count on Messi and co to fight it out for a win this Wednesday, against Lewa and his team.

The last time these two met was in a friendly in 2011, in which Poland registered a 2-1 win against the ‘B’ team of the Argentines.

Before that these two met in the 1978 World Cup, which the Albiceleste won. The game ended in a 2-0 win for the two-time world champions.

The only other match-up before that took place in the 1974 World Cup – when the Polish squad recorded a 3-2 victory.

The Albiceleste are finally looking like the team that went on a 36-game unbeaten run, before the World Cup commenced. They have put behind the defeat they faced at the hands of Saudi Arabia, and they are looking forward just to the opportunity to make it to the top of the group table.

Poland might fancy their chances to pull off an upset, but Argentina would not repeat the mistake of underestimating their opponents twice.

It looks as if we are about to witness a victory for the Argentines. They are after all in great form (barring the Saudi fixture), while the Polish squad do not have anything of that sort to claim.

Expect Lionel Messi and co to script out a hard-fought win this Wednesday against the Polish team.