LeagueLane
Home Articles Early Look At The Players That Could Be In The Running For... 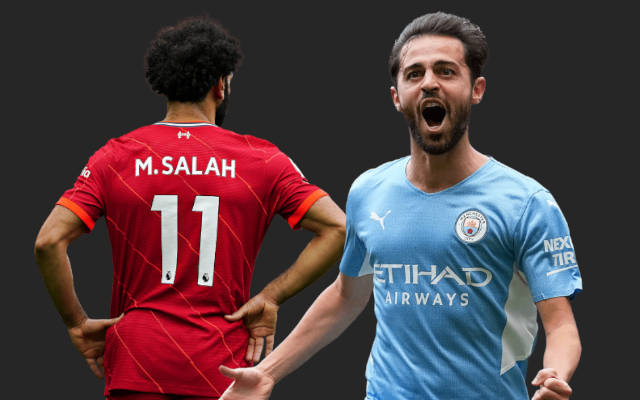 The PFA Players’ Player of the Year is one of the most prestigious individual awards in English soccer. The player that is deemed to have had the best 12 months in the Premier League is awarded the accolade towards the end of the season, with players such as Cristiano Ronaldo, Thierry Henry and Kevin De Bruyne having won the award since its inception in 1974.

However, which players that play for some of the favorites in the soccer lines could be in the conversation when it comes to the award winner in the 2021-22 season?

Mohamed Salah is already the outstanding chance when it comes to the player that could be collecting the PFA Player of the Year award this season. The Egyptian has won the accolade on one previous occasion, as he became the second African star to win the illustrious honor after Riyad Mahrez in 2018.

Salah has enjoyed a season to remember this term, and will be looking to join the likes of Ronaldo, Gareth Bale, and Alan Shearer that have won the award on two occasions this season. He already looks to be on course to run his previous best tally in the Premier League close this season, as he has scored 13 goals in 15 games.

Even better, Salah also looks set to break his all-time best record for assists in a single season, as he is one away from the ten he recorded in the 2019-20 and 2017-18 seasons. Salah’s chances of winning the award this season could hinge on whether Liverpool win the Premier League title this season.

It seems very strange as we enter the halfway stage of the season that Manchester City were willing to sell Bernardo Silva in the summer transfer window. The Portuguese midfielder has enjoyed his best start to a Premier League season with Pep Guardiola’s side this term, and recently scored a contender for goal of the season with a sensational volley against Aston Villa. Silva has the best win rate of any player that has played over 100 times in the Premier League, as he has recorded wins in 77% of the games that he has played.

The Portuguese star also made club history in December, as he was voted as City’s player of the month for the third time in a row. It was the first time that the same player has won the award in three consecutive months in the club’s history. Silva’s performances this season have ensured that Guardiola’s side haven’t missed Kevin De Bruyne, and he could be a pivotal star if City are to win a second title in a row this term.

The majority of the favorites for the award play for either Liverpool or Manchester City, but it could be a famous year for the underdog in 2022, as West Ham United are firmly in the race for Champions League places. One of their stars this season has once again been Declan Rice, who continues to take his game to new levels at the London Stadium.

Rice, the defensive midfielder, was subject to interest from both Chelsea and Manchester United in the summer, but the Hammers refused to entertain offers for the England international. Rice has once again done his talking on the pitch, and has added lung-busting runs to his arsenal of traits this term.

The 22-year-old has scored three goals in all competitions for the Hammers this season, and has added three assists in the Premier League for good measure. He boasts an average rating of 7.34 in the Premier League this term, and has a pass percentage of 90.9%. Few would argue against the influential Rice being in the conversation when it comes to handing out the award in 2022.

22Bet Promo Code: Use 22MAX while signing up

Beginner’s Guide: What Are Betting Tips?