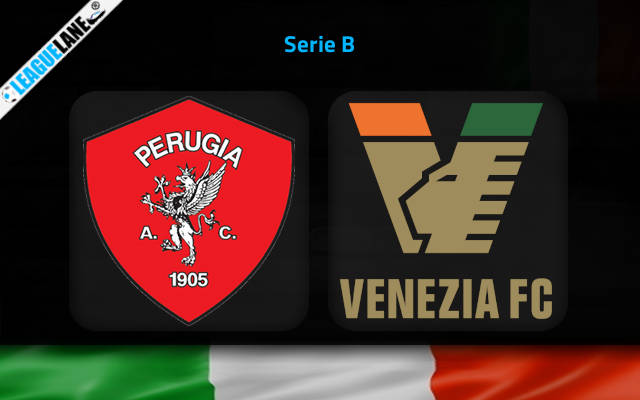 Perugia vs Venezia Predictions and Free Tips from our expert tipsters when the teams go head-to-head in Serie B on Monday, 19 December 2022.

Perugia’s form is now beyond recovery. They are at the bottom of the table, and will most likely be relegated at the end of the current season. They lost their tenth game of the season against Cagliari recently.

At the same time, Venezia are in good form. The team led by Andrea Soncin are on a four-game unbeaten run. They picked up all three points when they played against Cosenza last time.

Both teams will go head-to-head after a period of more than two years. The visitors are on a two-game winning streak against Perugia. The last time the host won this fixture was over three years ago.

Who will win the match between Perugia and Venezia?

Venezia have a better chance to win this fixture. The main reason is that both teams are separated by six points on the table. Also, they are on a three-game winless run. On top of that, the host have lost nearly 60% of their matches this season.

We can expect under 2.5 match goals combined. The main reason is that the previous record shows that both teams have not scored more than two goals since 2018.

At Stadio Renato Curi this fixture is not a high-scoring one. In the last two consecutive matches at this stadium, the game ended with less than two goals combined.

The visitors are unbeaten since the 27th of November. Not only that, they won this fixture at Stadio Renato Curi in 2019 as well. Therefore, the first tip for this fixture is that Venezia will win this game– the odd for this tip will be at 3.00 odd.

Furthermore, our second tip is that Under 2.5 goals will be scored– at 1.65. The last four encounters ended with less than three goals being scored at Stadio Renato Curi.