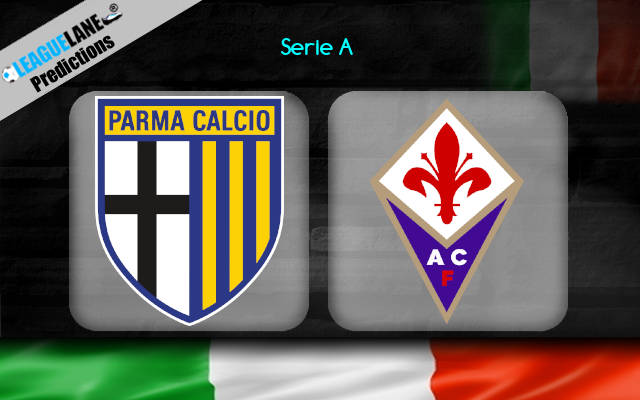 Parma have shown off as a tough side to beat but they still earned just two points in three Serie A games, which will not be enough. They shared spoils with Spezia (2-2) and Inter Milan (2-2) in the last two, beating Pescara (3-1) in Coppa Italia along the way as they prove their fine form in the final third.

Fiorentina have, on the other hand, seen a disappointing 2-0 loss at Roma last week and had their three-match unbeaten streak ended once again. They were held off by Spezia (2-2) after the International break but beat both Udinese (3-2) and Calcio Padova (2-1 in Coppa Italia) in two outings since.

Viola have been scoring goals but have a lot to prove if they’re to start climbing the table. They will not be happy how things turned out through the summer and it’s obvious Giuseppe Iachini needs time to make it a well-oiled machine. Kouame, Vlahovic, and Jose Callejon are still to really deliver, which emphasizes just about the same and makes it very interesting as to how they’ll cope at Ennio Tardini Stadium.

Fiorentina snatched all three points on their last trip to this ground, bagging a 1-2 win with two goals from the spot.

This was the first win for Viola in five head-to-head clashes since 2017.

Parma bagged two wins and a draw in three competitive head-to-head clashes along the way.

We feel Parma will have what it takes to hold off Fiorentina, who obviously need time to settle yet. We will stick our necks out for the sides to share the spoils in a Draw priced at 3.60, which does feel like more than just a lively longshot at this point.

Still, we hope for thrills and this means goals too. With that in mind, we’re also going for goals on both ends and backing a YES on Both teams to score at 1.57. We’ve seen both scoring and conceding on the regular, which has had many in the know rate the bet buying money for old rope already.