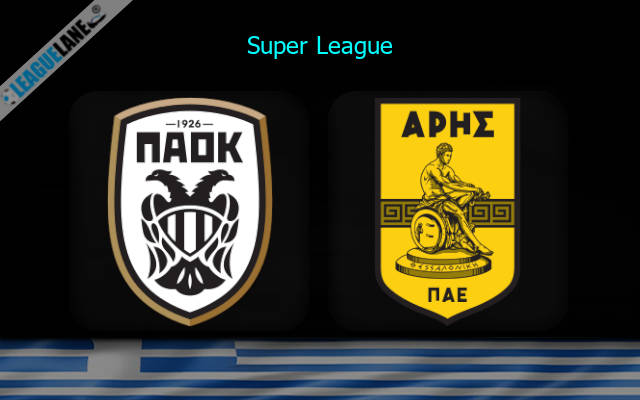 PAOK vs Aris Predictions and Free Tips from our expert tipsters when the teams go head-to-head in the Greece Super League on Wednesday, 04 January 2023.

Aris have been delivering decent displays lately. They have bagged a total of 11 points from the last five league outings. As a result, they have climbed into one of those advancement spots.

But they will have tough test on Wednesday as they faces an in-form PAOK on the road. PAOK is at the third position and have won four of the last five league fixtures.

Aris have been the dominant force in the recent history of this match-up. They are on a five-fixture unbeaten streak against PAOK.

At this venue, PAOK were unbeaten in 8 of the last 10 encounters against Aris. Six of those clashes had goals from both ends.

Who will win the match between PAOK vs Aris?

PAOK are having a three-game unbeaten streak at home. They won the last two home outings in a row.

Meanwhile, Aris were winless in four of the last five road trips. In that case, expect a win for PAOK on Wednesday.

These two teams are capable of scoring here. Since we expect a win for PAOK, goals from both sides will definitely sum over 2.5 goals ft.

In addition, two of the last four matches played by these two had over 2.5 goals ft.

These two teams have an equally stronger offensive and defensive side. They both have netted in a total of 22 goals while leaking 11.

Knowing that 6 of the last 10 head to head encounters at this stadium had goals from both ends, we like to consider the both teams to score option 1.95 odds.

PAOK seems capable of pulling off a win and we like to back them at 1.91 odds. We expect an interesting, competitive affair between these two and backing both teams to score at 1.95 odds as the second bet looks ideal.