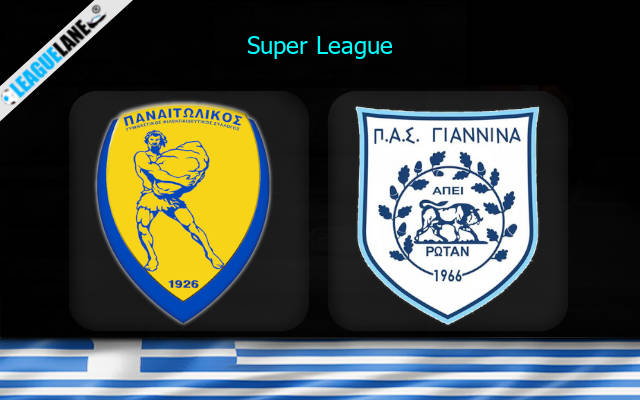 Panetolikos vs PAS Giannina Predictions and Free Tips from our expert tipsters when the teams go head-to-head in Greek Super League on Friday, 20 January 2023.

Manager Giannis Anastasiou will have to fix his team’s defence as they have lost their last two matches by conceding four goals. They began this month on a good note however, they have now lost two consecutive matches.

At the same time, Giannina’s four-game unbeaten run finally ended when they lost to league leaders Panathinaikos by 1-0. They are currently tenth in the league. Do note that they have improved their away form as well.

The last time the host won this game in front of their home crowd was three years ago. Both teams last clashed back in October and the host won that game by 4-1.

The visitors have won two of the last three head-to-head matches.

Who will win the match between Panetolikos and PAS Giannina?

The visitors narrowly lost to the league leaders last time. They still have a good record this month. At Panetolikos Stadium they have performed well against this team in the past. At the same time, Panetolikos’s form is riddled with losses as they have lost four of their last five matches.

This fixture is a high-scoring one in recent times. In three of the last five head-to-head meetings, at least three goals have been scored combined. We can expect the same trend this time as well.

It is likely that both teams will score in this game. The visitors have scored in all of their away trips since November. Also, the host have scored three goals combined in their last three matches. The only exception being the one match against AEK.

The visitors have won two of their last three outings. Also, they won the May fixture by 1-0. Therefore, the first tip is that PAS Giannina will win this game– the odd for this tip will be at 3.60 odd.

Furthermore, our second tip for this game is that Both teams to score– the odd for this tip will be at 2.00. The October fixture back in 2022, between these two teams ended with a 4-1 scoreline.