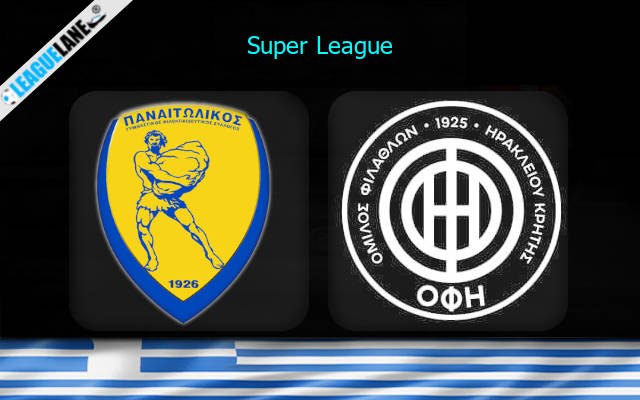 Panetolikos vs OFI Crete Predictions and Free Tips from our expert tipsters when the teams go head-to-head in Super League on Monday, 09 January 2023.

Panetolikos got their fifth win of the season as they defeated Atromitos by 2-0. This victory ended their two-game losing streak. Another interesting point to note is that they are the only team in the league to have a goal difference of nil.

Meanwhile, OFI did the unthinkable as they held league leaders Panathinaikos in a 1-1 draw back in December. They are eleventh in the league and managed to win one point from Volos most recently.

The host are on a three-game winning streak against OFI. Both teams last met back in September and the host won that game by 2-1.

At Panetolikos Stadium the visitors have celebrated only one victory in the last eight years.

Who will win the match between Panetolikos and OFI Crete?

The second half of December has been beneficial for the host as they picked up two wins. They are slowly progressing towards the top four. They have won this fixture numerous times at Panetolikos Stadium since 2014. Therefore, it is likely that this time the host will take all three points.

It is worth knowing that the last five encounters ended with more than two goals being scored. The only exception is the March fixture. Also at Panetolikos Stadium the last two matches ended in a 2-1 score line. We can expect the same trend to occur this time as well.

The chances are high that both teams will score in this fixture. This is after considering that both teams have scored in four of the last five head-to-head meetings at this ground.

The first tip is that Panetolikos will win this game by 2-1 – at 10.00 odd. They have scored at least two goals in their last two wins against this team. Against Atromitos they scored two goals as well.

Our second tip is that both teams to score – at 1.95. With just one exception, both teams have scored in the last four head-to-head meetings.

Moving on, our next tip is that Nikolaos Karelis will score anytime– at 2.00. He is the top scorer for the host this season. Do note that he scored the opener against Atromitos last time.