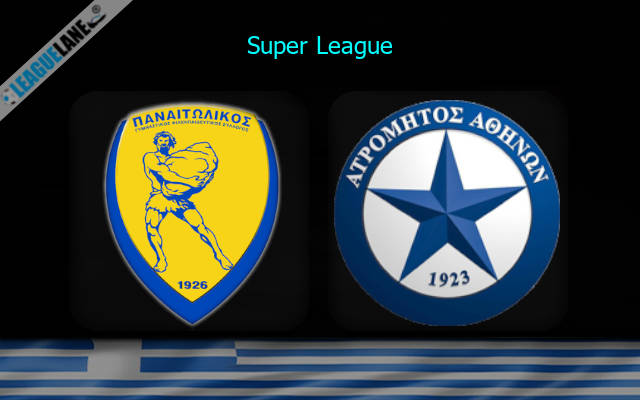 Panetolikos vs Atromitos Predictions and Free Tips from our expert tipsters when the teams go head-to-head in the Greece Super League on Wednesday, 04 January 2023.

Atromitos have had a decent form so far in this campaign. However, an inconsistent form is always troubling them in sealing wins. They are currently at 7th position in the league standings.

Going on, Atromitos will have a tough ask on Wednesday as they faces an equally competitive Panetolikos on the road.

Panetolikos were unbeaten in three of the last four head to head encounters against Atromitos. The reverse fixture had finished in a 1-1 draw.

Both teams to score option landed in the last three matches between these two teams at this stadium.

Who will win the match between Panetolikos vs Atromitos?

Panetolikos are in a bad shape even at home. They are on a six-fixture winless streak and have lost five of those.

Going on, they will have a decent chance of recording a result in favor of them despite of this winless form. Because Atromitos lost four of the last five road trips.

However, it still seems tough for us to select a clear winner from this. Since the reverse fixture had finished in a draw, we cannot rule out the chances of a stalemate.

These two teams are sitting in consecutive positions with a similar goal stats. They both have scored a total of 16 goals so far in this season.

It is worth noting that, only 33% of the matches played by these two teams had goals over 2.5 ft. Therefore, expect this match to have fewer than 2.5 goals.

Neither of these two outfits are in possession of a strong defensive side. Their recent h2h tradition at this stadium also suggests a both teams scoring scenario. Thus, expect goals from both ends of Panetolikos Stadium on Wednesday.

Panetolikos have a slight edge in the recent h2h recordings. Since they both share a similar form at the respective patches, we like to place the Draw no bet option in favor of Panetolikos as the main bet.

For the second tip, we like to place both teams to score at 1.95 odds considering the defenses of both.