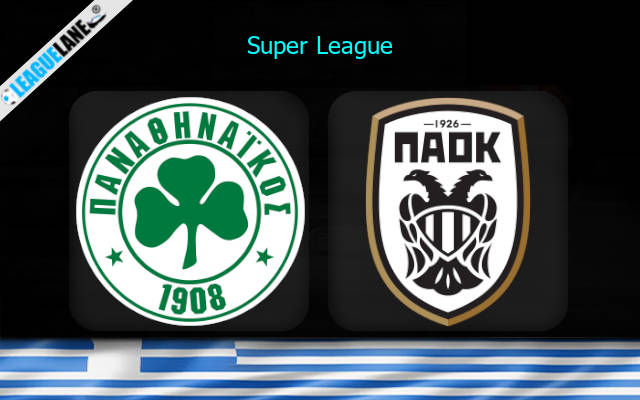 Panathinaikos vs PAOK Predictions and Free Tips from our expert tipsters when the teams go head-to-head in the Greece Super League on Sunday, 22 January 2023.

Panathinaikos are having an exceptional form and have only lost once so far in the campaign. They are at the top of the table with a 9 points difference with their Sunday’s counterparts and fourth position holders PAOK.

The current unbeaten streak of eight games will be the boosting factor for PAOK here. Since these two sides are having an impressive form at present, we expect a highly competitive match on Sunday.

Panathinaikos have won three of the last five encounters against PAOK. The reverse fixture had finished in a 1-2 win for Panathinaikos.

Who will win the match between Panathinaikos vs PAOK?

Panathinaikos are yet to concede a defeat at home and are the only team to have the record so far in the season.

PAOK have a good form on the road with four wins and draws, but it could have counted better against any team except Panathinaikos.

Moreover, Panathinaikos have an upper hand in the recent history of this match and we expect a win for them on Sunday.

Although we expect a competitive battle between these two, the possibility of goals coming over 2.5 are very slim as these two teams are having a strong defensive side.

Four of the past six home matches of Panathinaikos have seen their defensive line keeping a clean sheet. Suince we expect a win for hosts and a low-scoring match, this match is unlikely to have both teams to score option.

The exceptional form of Panathinaikos stands tall of PAOK’s decent on the road form. However, the match could definitely be a tight one which might end up in a victory for Panathinaikos for all the above reasons.

We therefore like to place Panathinaikos to win as the main betting option at 2.10 odds. For the second tip, we like to place under 2.5 goals & both teams to score: no @ 1.80 odds.