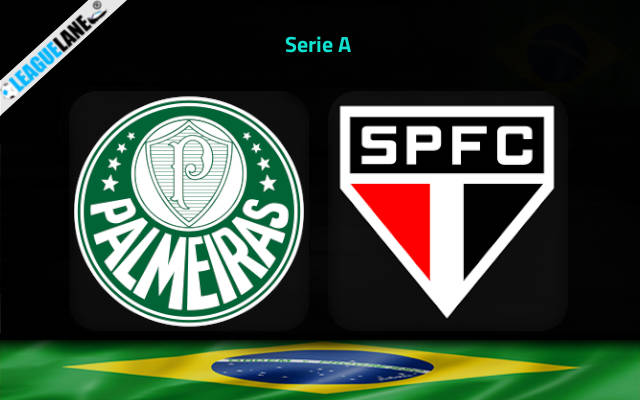 Palmeiras have been in a much better form lately and it is hard to predict anything else but the home win at the 1.95 odds here. Sao Paulo are winless in eight subsequent away outings in all competitions, and they have scored just one goal in the last four of these in the process.

Palmeiras will host city rivals Sao Paulo in an electrifying atmosphere of the Allianz Parque on Wednesday evening when the two rivals take on each other in the 33rd round of the Serie A.

Neither of the two outfits will enter the city derby on a high following their respective failures at the weekend.

Palmeiras ended a six-win streak with a 2-1 defeat to Fluminense away at Estadio Maracana. They got an early lead but failed to keep hold of it until the end of the affair in Rio de Janeiro.

Abel Ferreira’s men dropped to the third position as a consequence. They are 10 points shy of Atletico Mineiro at the top of the standings.

Sao Paulo are in a much tougher position, though. They are currently only two points above the danger zone.

Rogerio Ceni’s men took only one point from the last three league outings. They have suffered a big disaster at the weekend, falling 0-4 at home to defending champions Flamengo.

Striker Jonathan Calleri was sent off in the early phase of the game and won’t be available here against Palmeiras.