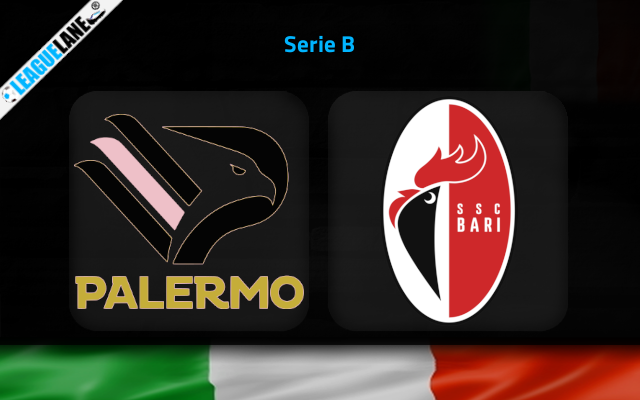 Palermo vs Bari Predictions and Free Tips from our expert tipsters when the teams go head-to-head in the Italy Serie B on Saturday, 21 January 2023.

Palermo is having an impressive form in the league lately. They have managed to record a set of unbeaten outcomes. A thread of six consecutive unbeaten games will definitely boost them with spirits.

However, they won’t be having an easy test on Saturday as they faces an in-form Bari, who have only lost once in the past 10 league outings. At the 4th position, Bari is 7 spots and 8 points away from Palermo at the moment.

Palermo is currently on a nine-game unbeaten streak against Bari. Six of those nine matches ended in a draw.

The reverse fixture finished in a 1-1 draw. Do also note that Palermo won four, drew seven and lost one of their total 12 head to head meetings against Bari at this venue.

Who will win the match between Palermo vs Bari?

The often recording of a drawn outcome in the recent h2h tradition inclines us to consider the possibility of it here. In addition, four of the past five matches of Palermo ended in a draw.

On the other side, three of the past four road trips of Bari finished in a draw. We expect a result in favor of Palermo considering their unbeaten form, both in the h2h tradition and recent league fixtures.

Its on rare occasions that matches played by Palermo had ended with plenty of goals. Bari, who have recorded the second most over 2.5 goals match also falls short of numbers as Serie B’s goal trend normally displays fewer than 2.5. thus, we are expecting under 2.5 goals ft in this match.

Palermo owns a defense which leaked more numbers of goals than their offense have scored. Bari can score one here and since we expect a result in favor of Palermo, both teams to score option is likely to land here.

We expect a tight encounter between these two unbeaten teams on Saturday. A slight edge in h2h matches for Palermo with home advantage is the main reason for us to consider the hosts over Bari here.