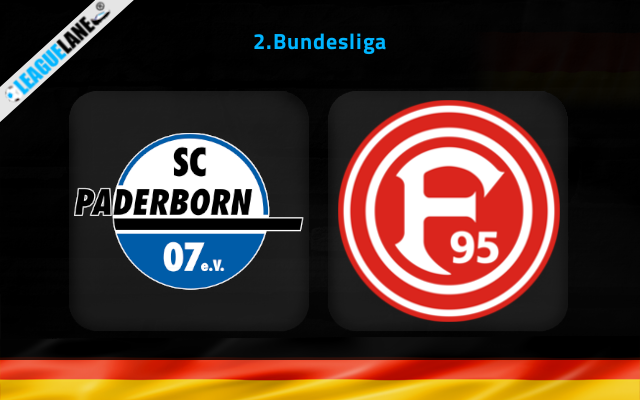 Paderborn vs Fortuna Dusseldorf Predictions and Free Tips from our expert tipsters when the teams go head-to-head in 2. Bundesliga on Friday, 3 February 2023.

Paderborn’s misery finally ended as their four-game losing streak is a thing of the past as they defeated Karlsruher by 1-0. It seems that their preparation during the friendlies worked out well. However, they have a huge task ahead of them as they will play against Paderborn.

At the same time, Dusseldorf returned to the league with a win as they defeated Magdeburg by 3-2. They will play their first away game of the month and will hope for a victory.

The past records shows that the visitors are unbeaten in three of the last five head-to-head meetings. The key point to note is that the last time the host won this fixture was back in 2021. Looking at the most recent data, both teams last clashed back in July and Dusseldorf won that game by 2-1.

Who will win the match between Paderborn and Fortuna Dusseldorf?

The visitors are clear favourites to win this game. The main reason is that they have a good history against Paderborn. Moreover, the host won against a weak team last time. It is unlikely that they will outperform the visitors in this match .

It will be a wise decision to back on both teams to score. This is after considering that both teams have scored in the last five consecutive head-to-head matches. Also, both teams scored in their most recent outing as well.

Dusseldorf have won all of their away matches since October. Moreover, they won the last meeting by 2-1. At the same time, the host have won only one game in their last five outings. Therefore, the first tip is that Fortuna Dusseldorf will win this game– the odd for this tip will be at 3.35 odd.

Moving on, our second tip for this game is that Both teams to score– at 1.65. This fixture rarely lacks goals as both teams have scored in the last two meetings at Home Deluxe Arena.