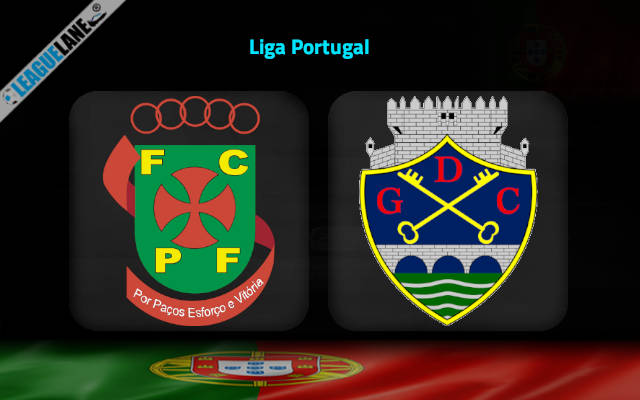 Pacos de Ferreira vs Chaves Predictions and Free Tips from our expert tipsters when the teams go head-to-head in Liga Portugal on Sunday, 8 January 2023.

Pacos Ferreira have been the absolute worst team in the Portuguese top flight this season, and are deservedly placed bottom-most in the table. They are on a long losing streak, and are letting in goals in huge numbers too.

Meanwhile, Chaves have had their issues – but they are comparatively far better than their counterparts. They also do have a superior h2h record against this rival over the years.

Chaves recorded four of the past six overall h2h wins, and all along they scored goals in huge numbers. In fact, they failed to score just in three games against this opponent in the past two decades.

Who will win the match between Pacos de Ferreira and Chaves?

Considering the absolute struggling state Pacos are in right now, they are massive underdogs here. They are the only team in the competition yet to post a win, and barring just two draws – they have a 100% losing record as well.

Meanwhile, Chaves lost just thrice on the road so far – and two of these defeats came against toppers Porto and Benfica.

Ferreira have the worst defense in the Liga Portugal at the moment, and conceded the most number of goals. Chances are high that we are about to witness a high-scoring affair.

For all the advantages of Chaves, their defense has not risen to the occasion anytime recently. They let in two or more goals in their last four straight match-ups. It is expected that both teams will find the back of the net this weekend.

Considering the losing streak Pacos are on right now, and their recent h2h record, it is expected that Chaves will deliver a hard-fought win. As such, a win for them placed at 2.60 odd is very valuable.

Coming to goals though, the guests do not have a strong defense in spite of being the favorites. The home team should score at least once – and likely, the Over 2.5 Match Goals at 2.20 odd is a great option here.