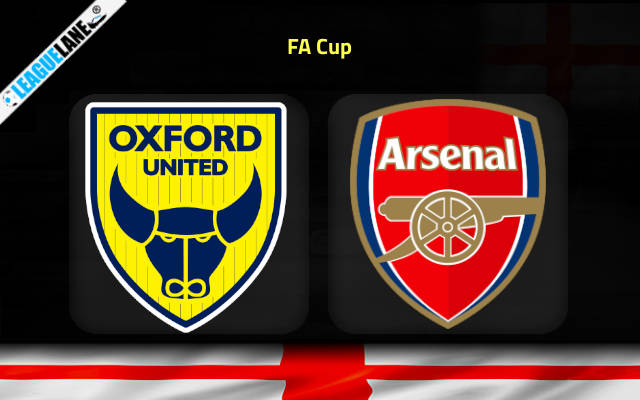 Oxford vs Arsenal Predictions and Free Tips from our expert tipsters when the teams go head-to-head in English FA Cup on Monday, 9 January 2023.

Oxford are stuck in the mid-table of the third tier in English Football – League One. They are struggling for form, and are also letting in goals consistently.

Meanwhile, the Gunners are having the time of their lives. They are at the top of the toughest league in Europe, and are genuine rivals for Manchester City for the title this season. They will be eager to keep the momentum going, and make a deep run in the FA Cup as well.

The last the two teams locked horns was 20 years back, and then the Gunners registered a 0-2 win in the FA Cup itself. Over the course of their h2h rivalry, Arsenal have lost just twice against this opponent, and all along they scored goals in plenty too.

Who will win the match between Oxford and Arsenal?

This is quite an easy pick. Arsenal are giving trouble to some of the best teams in Europe at the moment, and are high on confidence. Another impressive win in the FA Cup would only strengthen their course towards that elusive league title.

Moreover, Oxford are playing two leagues below these rivals, and they also have a poor h2h record against this foe over the years.

The young core of the Gunners are flourishing under Mikel Arteta. Their impressive offense has found the back of net thrice or more in all but one fixture since the World Cup break was over.

They will be eager to keep the streak going, and as such expect a high-scoring affair.

This is quite unlikely to happen, considering the sheer dominance Arsenal have been showing this season. It is also to be noted that Oxford have not been in great form lately as far as their offense is concerned.

Arsenal are expected to deliver a huge win this Monday against these minnows. The momentum and experience of the Gunners would be too much to handle for Oxford. As such, a -2.5 Asian Handicap on Arsenal at 2.20 odd appears to be a great pick.

Along that line, anticipate goals in huge numbers. And as such, the Over 3.5 Match Goals placed at 2.00 odd should be a good second tip.