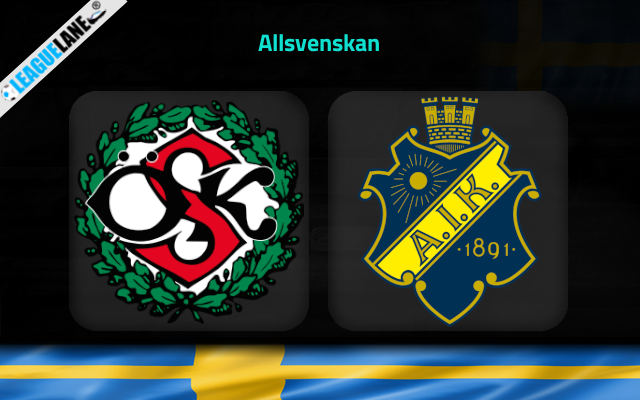 Tough schedule continues for Orebro on Monday afternoon when they host the 4th-placed AIK in the 12th round of Allsvenskan.

Orebro suffered their fifth consecutive defeat last Sunday when they fell 0-2 at home to Hammarby.

It was yet another dismal showing from Vitor Gazimba’s troops who have failed to deliver more than four shots in total (not shots on target) on the occasion.

The back line looked as vulnerable as ever once again. Sadly, the fans can only see dark clouds above Behrn Arena these days.

Orebro have been by far the worst team in Swedish top flight so far in the season. They own both the worst attacking and the defensive records in the entire division.

The match with AIK (hopefuls for European positions in the next season) thus comes at a very bad moment for Gazimba and his men.

The visitors will travel to Behrn Arena on a high after winning two league games on the spin.

AIK moved up to the 4th place in the league table as a consequence and they are now only six points shy of leaders Malmo and have a game in hand on them as well.

AIK have the fourth-best defensive record in Allsvenskan with just 11 goals conceded in 11 games so far. They are about to face by far the worst attack in the division and we rate their chances of keeping a clean sheer as very high here.

AIK do have a relatively poor away record (one win and three losses) in this term of Allsvenskan, but this is a huge chance for them to improve it and keep closing the gap on the table-toppers. The away win could be considered a banker bet at the 1.70 odds.